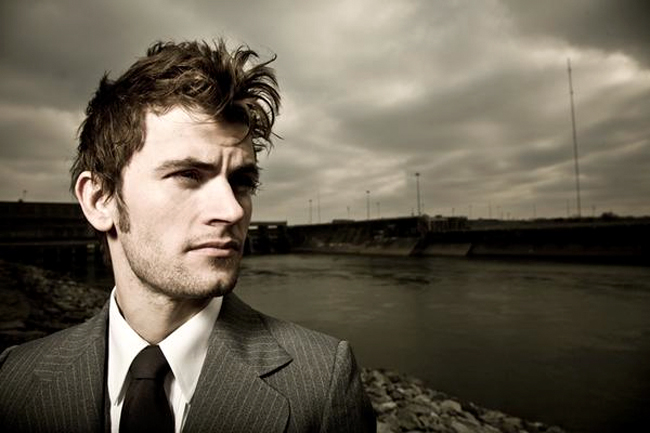 Levi Weaver will play Local Live this Sunday November 11. Doors open at 9:30 pm. Weaver toured with Imogene Heap in 2006 but enjoys staying grounded and connected to fans by playing small shows. Photo courtesy of Eric May.

The trajectory of Levi Weaver’s career is a hard one to pin.

The Nashville-based singer/songwriter’s rise has been one marked by unpredictability — with peaks and valleys ranging from a whirlwind tour with Imogen Heap to nearly calling it quits — ever exacerbated by the constantly changing landscape of the modern music industry.

“I don’t think I’m interesting enough to be the subject of a documentary,” Weaver said. “Shea and Jonathan must have both felt I would be, though, so this film kind of centers around what it means to be successful in the music industry and how we define the term.”

Weaver has seen his share of success, no matter the definition. In 2006 the relatively unknown singer “lucked into” playing with Imogen Heap.

“While I was living in England, I saw that Imogen Heap had a MySpace promotion where each of her tour dates she’d have a local band open for her,” Weaver said. “All you had to do was write on the wall saying you were interested, and they’d pick one person at random. They contacted me the day of the show asking if I could be at the venue in two hours, so I told them I would and got over there as fast as I could.”

Imogen Heap must have liked what she heard. After the performance, she invited Weaver to play on her subsequent North American tour.

“It all happened so quickly. I had to pack up and order merch and hope it would be at the venues in time,” Weaver said. “I had no idea how the music industry worked, so after it was all done I thought, ‘I guess now I just sit back and wait for management companies and booking agents and labels or whatever to get in touch.’ After a while, they didn’t, and I realized that wasn’t how it worked.”

He began to contemplate the future of his career and considered dropping his ambition of being a professional musician. This was a turning point for Weaver and the change of attitude that helped him get back on the track of recording and performing.

“It was also a good thing, because it taught me to work harder and embrace the independence,” Weaver said. “I’ve been completely independent ever since then, and it’s been great.”

This redefining of success helped to inspire the documentary “String Theory,” directed by Shea Weaver Grubbs. The film follows Weaver throughout his six-year career and his attitudes about fame and the music industry.

“I met Levi probably 15 years ago online when we were both in college,” Grubbs said. “I had recently lost a friend when the A&M bonfire collapsed. That was my first brush with death, and Levi was also going through sort of the same thing, so we connected over that and just struck up a friendship.”

The two kept in touch, and after a decade they finally met up in person at a South By Southwest show Weaver was playing at.

“I was at the same point in my acting career as he was in his music career, and I felt like I knew exactly what he was going through,” Grubbs said. “It’s like, at these certain milestones in your life, if you’re not doing exactly what you thought you would be doing, does that make you a failure? A lot of people think they’re a failure when they come out of high school or out of college, and that’s not necessarily the case.”

Grubbs hopes the film and Weaver’s story will resonate with a broad range of views and challenge attitudes about what it means to be successful.

“I think this is a topic that will reach different audiences, no matter what age, because it’s common and it’s human,” Grubbs said. “Levi is by far one of the hardest working musicians I’ve ever seen. He puts so much into what he does. Watching him over the course of time and what he’s been through and being able to see him get better and grow as a musician is really inspiring.”

As Weaver continues his work, his perspective on his career keeps him grounded and able to connect with fans, something he considers the most important part of what he does.

“I’ve done a lot of house shows in the past year, and I love them,” Weaver said. “You get to meet people and make actual friends rather than talking to someone for five minutes at your merch booth. It’s so much bigger than I ever hoped it would be, having someone come up to me and let me know that they could really relate with the songs about the things I’ve gone through. That’s the greatest part of all this.”

Students who wish to be in the audience for the “Local Live” taping of Levi Weaver can pick up wristbands from the business office located on the ground floor of HSM all day Friday.

Printed on Friday, November 9, 2012 as: Career trajectory focus of film