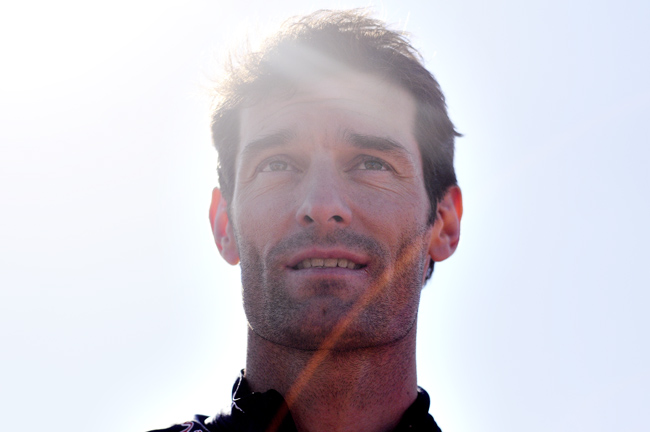 Australian Formula 1 driver Mark Webber, who visited UT's campus Wednesday, thinks Austin is an ideal city to host Formula 1 racing because of its passion for sports and competition.

Austin will join the ranks of 19 other cities around the world that currently host the international sport of Formula 1 racing this weekend.

Formula 1 driver Mark Webber spoke on campus Wednesday, giving the University a preview of the massive event that will hit the city from Friday until Sunday.

Webber said he believes Austin will be a good location for the event.

“It’s very balanced, and it’s very welcoming for international people to come here and take on such a big, global event,” Webber, an Australian who made his Formula 1 debut in 2002, said.

He said the University contributes to what makes Austin a good location for the event.

“There’s obviously a lot of people that come here to compete,” Webber said. “We’re sportsmen, and we love competition. I know a lot of the guys went to the football match the other night, and the mechanics said they loved it.”

Formula 1 racing is the highest class of single-seater auto racing sanctioned by the Fédération Internationale de l’Automobile. Drivers compete in specially designed cars that can reach speeds of up to 220 miles per hour and race around circuits that are designed for high speeds.

Construction began nearly two years ago on a Formula 1 track in an area southeast of Austin. Construction was still underway as recently as last week, but officials say they are now prepared for the race.

The circuit, which has seating for 120,000 people, has been sold out for the event. Officials say they expect roughly 300,000 people to travel to Austin for the race and festivities surrounding it.

Ali Putnam, media and community relations manager for Circuit of the Americas, the site of the race, said local establishments downtown will be hosting Formula 1-themed events.

She said with the large influx of people coming to Austin this weekend, traffic is expected to be heavier than usual. Circuit of the Americas leased 450 charter buses to shuttle people to the event, and Capital Metro will be expanding its service this weekend as well. Capital Metro has introduced a free bus route that will loop the downtown area because many downtown streets will be closed throughout the weekend to vehicular traffic.

Capital Metro is advising people to call their GO Line at (512) 474-1200 for information on bus service during the event.

Putnam said Austin saw an influx of employment opportunities at the new track.

She said 70 full-time positions and thousands of seasonal jobs were created. Putnam said Circuit of the Americas plans to host major events at the track every six weeks and rent it out to other organizations.

Putnam said she expects to see the event turn into an annual international event in Austin, with its own unique culture and offerings.

“We anticipate a number of international guests, so it is probably going to be an interesting mix of cultures,” Putnam said. “I think F1 will develop a style and flavor all its own.”