Austin not blind to nature preservation 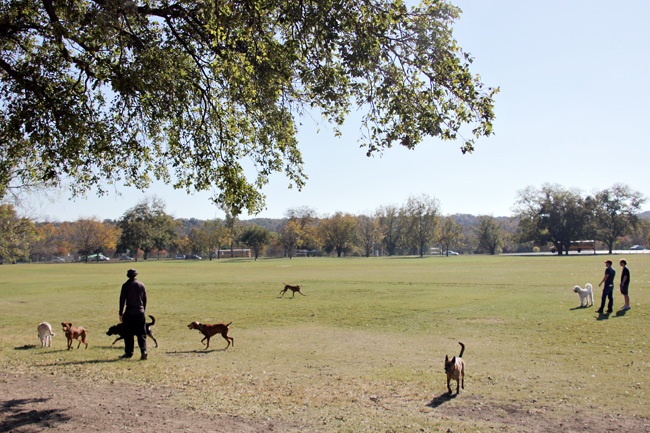 Zilker Park, home of the Austin Blind salamander, could be affected by increased environmental protection if the species becomes listed as endangered. " />

Zilker Park, home of the Austin Blind salamander, could be affected by increased environmental protection if the species becomes listed as endangered.

Four salamander species that inhabit Central Texas might be added to the endangered species list, but city officials say they are prepared for the restrictions associated with this change.

But Chris Herrington, City of Austin environmental engineer, said the city is already prepared for these species to be added. The city is required to have a permit to operate Barton Springs and Austin’s permit is up for renewal. In the request for a renewal, Herrington said Austin is including protections for the Austin Blind salamander.

“As part of our renewal we included Austin Blind as a covered species,” Herrington said. “We are already proposing protections for the Austin Blind salamander that would be part of our new permit.”

Herrington said these protections will be in place whether or not the Austin Blind salamander gets added as an endangered species.

Austin has requested more land be designated as a critical habitat for the Austin Blind salamander which would expand the area facing new restrictions.

“The proposed critical habitat does not explicitly include all four surface spring sites in the Barton Springs complex, and it does not include any of the upstream watershed feeding subterranean and surface habitats of Barton Springs,” Austin’s response to the U.S. Fish and Wildlife Service said.

However, Williamson County’s response to the proposed listings does not express support for the restrictions. The county stated adding the salamanders would limit development and it also cited the relationship between Austin officials and environmental groups as indicative of bias.

“The close ties between some City of Austin staff and the local environmental groups, which the [U.S. Fish and Wildlife] Service is fully aware of, should trigger potential ‘bias in the data’ concerns,” Williamson County’s response said.

The U.S. Fish and Wildlife Service will make its final decision in August 2013.