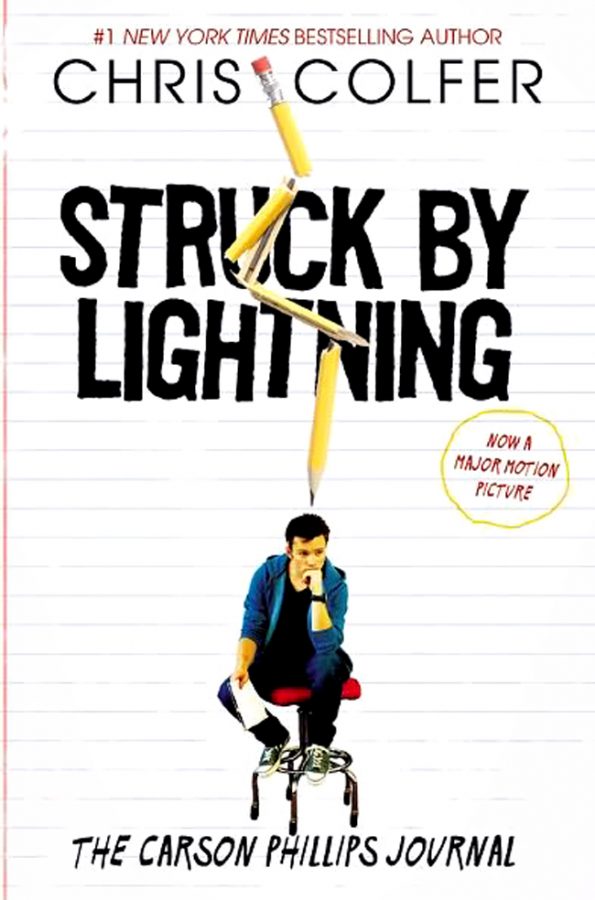 Chris Colfer certainly brings laughter in “Struck By Lightning: The Carson Phillips Journal,” but beyond a snarky and sarcastic attitude Colfer fails to add anything else to his novel.

“Struck By Lightning,” Colfer’s first novel and second published work, is a written companion to his soon-to-be-released movie. Colfer addresses the issue of being a social outcast like he does in his role as Kurt Hummel on “Glee.” Kurt is one of the lead singers in glee club, whose members are often at the bottom of the social ladder.

“Struck By Lightning” deals with the next worst thing after singing for glee club — writing for the high school paper. But because of poor execution and embarrassing editing errors, Colfer struggles to make this a well-rounded, well-written novel.

The story is relatively simple: Carson Phillips, a high school senior, is dying to escape his hometown and make it into Northwestern University, his dream school.

Phillips has worked as the editor of his paper for three years, single-handedly spearheading the enterprise with a staff of future high school dropouts. But when his high school counselor tells him he needs to start a literary magazine to better his chances of getting into Northwestern University, Phillips gets desperate for submissions and blackmails the popular kids to get them to contribute to his magazine.

The plot premise is brilliant, and combined with Phillips’ snarky character, it makes the book laugh-out-loud funny at moments. Colfer does an incredible job drafting his characters. Almost everyone in the book is Phillips’ enemy, but the characters never come across as villains. They are just people, and even though Phillips views them as the worst people on the planet, Colfer presents them to the reader with balance.

Despite all of this, the novel’s issues outweigh everything else. The story is told through journal entries, where Phillips often writes with exclamation points and all-caps, making the writing seem immature. Phillips also has an incredible memory, as he will transcribe entire conversations he had. It would have been better if Colfer just let the novel be a first-person narrative. In Phillips’ journal entries, it is clear they have been written for someone to read.

There are instances when Colfer takes the jokes too far. In one scene when Phillips is complaining about the requirement to take Algebra 2, he writes: “I understand we have to compete with China and Japan, but we also have to compete with Iran, and you don’t see us in classes learning to drill oil or make nuclear weapons.” Colfer may be trying to create a snarky and rude high school character, but with jokes like this, he blurs the line between funny and offensive.

“Struck By Lightning” has an ending that makes the whole story seem pointless — a frustrating conclusion that never makes it clear what Colfer is trying to say.

At times, the snarkiness of Colfer’s voice is undeniably fantastic, and that alone makes “Struck By Lightning” almost a worthy read.  But it is probably best to just wait for the movie. Hopefully Colfer is a better actor than he is a writer.