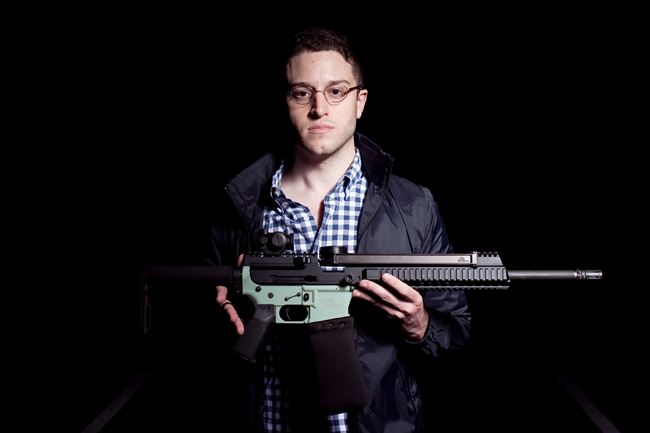 UT Law student Cody Wilson printed a plastic lower reciever of an AR-15 with a 3-D printer, attached it to a real gun and fired six rounds before the plastic piece broke.

UT law student Cody Wilson said he is trying to decide between continuing with school and taking a break from UT and devoting more time to his increasingly successful efforts to revolutionize the gun industry.

Wilson has been working to create digital files for guns that could be used with a 3-D printer, a piece of technology that converts digital designs into a solid, plastic form. On Saturday, his efforts materialized when he printed the lower receiver of an ArmaLite AR-15, a semiautomatic rifle. He then substituted it for the lower receiver on a real AR-15 and along with his partners from his company, Defense Distributed, managed to fire off six rounds before the gun broke.

Wilson said he plans to print an entire gun with a 3-D printer as soon as possible, and he will be working with other types of more durable plastic to make the guns more effective. He said while a license was not required to print just the lower receiver of the AR-15, he may need a federal firearms license to print an entire gun, and he has not yet received one after applying for it roughly a month ago.

Wilson said printing the lower receiver is very significant, as it showed people the seriousness of his efforts in a material way, and people may now access the file through his website to print a lower receiver themselves, allowing them to create an unregulated gun.