Memories you forgot you never had 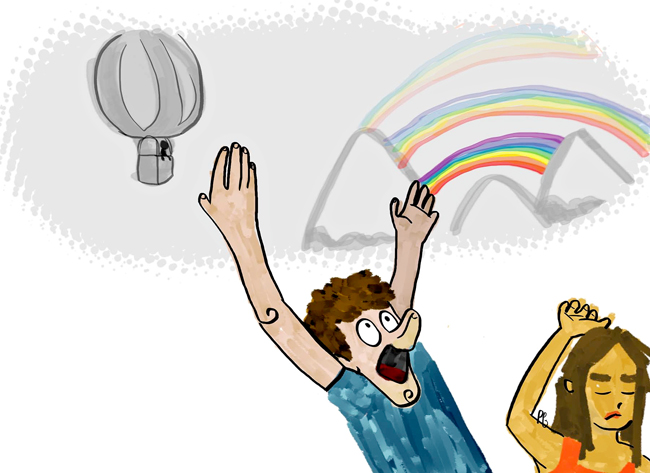 As the spring semester begins and classes resume, our winter vacation now remains only in our memories. These memories form an important part of who we are, and it can be surprising how often gatherings with family or friends turn into conversations of shared experiences. Our memories are, for many of us, more valuable than any of our more tangible possessions. But as valuable as we may deem them and however reliable they may seem, research shows that our memories can be fickle and, at times, easy to manipulate.

Case in point: a study which asked subjects to read four stories about their pasts and state how well they remembered them. The trick? One of the stories, about the subject lost in a mall, was a complete fabrication. Of the 24 participants, six had recollections of this event even though it never happened. During a follow-up interview, a week or two later, the false memories felt even clearer to the participants.

A more modern take on this experiment involved photoshopping the subject into a hot air balloon and asking him about the event. The thinking was that if written stories can induce false memories in people about 25 percent of the time, a picture, which most of us would find more convincing, should be an even more powerful tool. Oddly enough, however, this turns out not to be the case: the written narratives were more likely to induce false memories than the photographs. There isn’t a clear explanation for this result, but one possible hypothesis is that narratives lead the mind to more creative possibilities of what may have happened whereas a photograph provides a specific snapshot of an event that is either remembered or not.

Our hazy memories extend to more consequential events, such as the terrorist attacks of 9/11. Studies asking participants for their stories a day after the event, then at various times in the future, discovered that even though the subjects’ confidence in their memories remained steady over time, the stories became less and less consistent.

If false memories can be easily induced and confidence doesn’t correlate with reliability, there could be serious ramifications. Sure enough, there are several reported cases where false memories have led to confessions.

One of the most famous examples of this is chronicled in Lawrence Wright’s New Yorker article “Remembering Satan,” which details how two sisters accused their father of sexual abuse, believing they had repressed the memories of their trauma. The father denied any recollection of such events, but eventually confessed after utilizing memory recovery techniques similar to those his daughters used. As the case developed, the accusations became more unlikely — eventually involving satanic rituals and mass infanticide the father continued to confess to — and many started to believe none of these “recovered memories” were of actual events.

It’s worth noting that truly recovered memories are probably rare occurrences and the process of recovering them is unclear. Leading questions could implant a false memory that has the appearance of a recovered one. And, according to the American Psychological Association, it’s impossible to tell the difference between the two, unless more tangible evidence is also provided.

For the most part, however, most of our memories probably aren’t wholesale fabrications. We may be guilty of misremembering a detail or embellishing from time to time, but the end consequences are often not much more than a better story. With that in mind, the next time a friend tells you a jaw-dropping story, take it with a grain of salt. He may not be lying, but that doesn’t mean that he’s telling the truth.

Printed on Thursday, January 17, 2013 as: Memories susceptible to change