Chavez’s illness has military in limbo 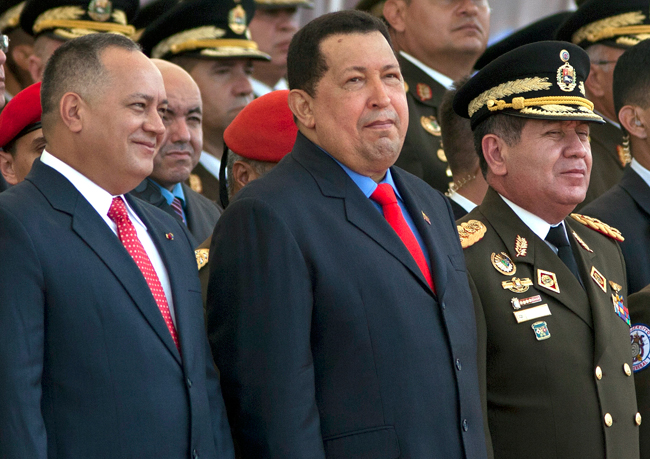 CARACAS, Venezuela — In a country riven by political strife, Venezuela’s military often has served as the arbiter of power. It has launched coups and frustrated them and dispatched soldiers to guarantee stability, distributing food, fighting crime and securing oil fields.

Now with President Hugo Chavez battling for his life, the stance of the 134,000-strong armed forces again will be crucial.

Divisions within the military have clouded attempts to determine who it might support among Chavez loyalists or if it would side with the opposition.

Experts and former military officers agree that the governing duo of Vice President Nicolas Maduro and National Assembly President Diosdado Cabello has been unable to fill the leadership vacuum created by Chavez’s five-week absence and silence. Without a commander in chief, there is no one to ensure unity or guarantee continued loyalty through promotions and retirements.

The military, like the rest of the country, is in limbo, awaiting the outcome of Chavez’s fourth cancer surgery.

If Chavez dies or otherwise leaves power, the country’s constitution requires an election be called within 30 days to replace him, which could unleash a power struggle.