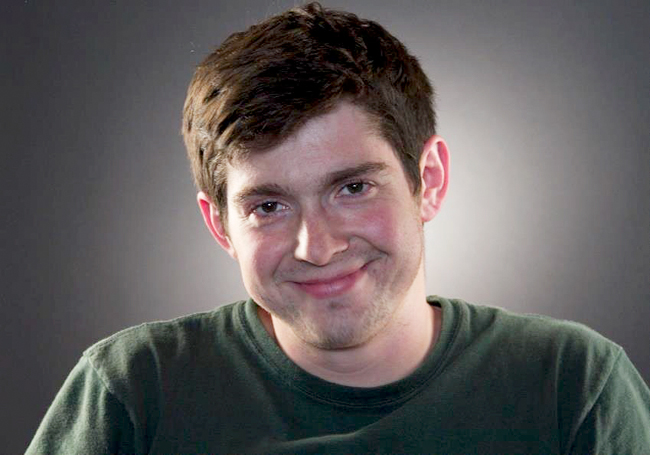 Josh Tate is the writer and director behind the film “Love Land”. His film is about a young woman named Ivy living with a severe traumatic brain injury. The film is part of Tate’s mission to advocate for the rights of the disabled. (Photo courtesy of LoveLandFilm.com) " />

Josh Tate is the writer and director behind the film “Love Land”. His film is about a young woman named Ivy living with a severe traumatic brain injury. The film is part of Tate’s mission to advocate for the rights of the disabled. (Photo courtesy of LoveLandFilm.com)

Joshua Tate and his collaborators are about to have a big few months, or at least they hope. Next month, Tate, who graduated from UT in 2008 with degrees in psychology and in radio, television and film, will put out a nationwide casting call for “Love Land,” the film he hopes to direct.

In February, Tate hopes to begin scouting locations in Texas, where he hopes to film “Love Land.” And in only six days, the “Love Land” fundraising campaign Tate launched on Seed and Spark, an online crowd-funding platform which focuses specifically on fund-raising for cinematic projects, will end. At the time of writing, the project was listed on seedandspark.com as having funded 48 percent of its $50,000-$100,000 goal.

For Tate and his team, which includes co-writer Paul Gleason, producer Andrew C. Richey and producer Maritte Go, all of whom Tate met while completing his MFA at USC film school, the only mission bigger than getting the movie made is spreading the message that inspired it: that of disability rights.

This complex and often convoluted message finds expression in the struggles of Ivy, “Love Land”’s main character. As a teenager, Ivy received a traumatic brain injury that impaired her motor and cognitive skills. In the screenplay, she strives to make a life for herself in the “normal” world of her small Texas town, but runs into problems with romance and drugs that land her in Love Land Ranch, an institution for the disabled.

Ivy’s losses and victories in the story are plentiful, but they aren’t of the saccharine movie-of-the-month variety usually encountered by characters with special needs. Ivy, as envisioned by Tate and his team, is a complex and morally ambiguous character capable of being mean, kind and compromised. But Tate didn’t originally set out to make a movie with such a complex and nuanced message.

“I started out looking to make a movie that was really about how institutions were bad. It was a very simple look at things,” he said.

In 2006, inspired by a conversation with his uncle about disability rights, Tate made a documentary titled “Forgotten Lives” that explored abuse in Texas institutions for the disabled. Originally, Tate’s concept for the movie “Love Land” focused not on the struggles of Ivy, but on the experiences of Roger, the poster boy of Love Land Ranch whom Ivy develops a relationship with. It wasn’t until Tate and his co-writer, Paul Gleason, toured the country and met with disability advocates that the movie’s plot — and perspective — changed.

“It blew my mind. I had never thought about community integration [on a person-by-person basis] before,” Tate said.

Tate’s conversations with disability advocates also helped him hone in on the best way to elucidate the difficult message of disability rights.

“The most effective way to get a point across is to show a really complex, interesting character that people can relate to, instead of just showing that ‘all institutions are bad.’ That’s not the truth: some institutions can provide healing environments and be the kind of place for a certain person,” Tate said.

So far, Tate and his team have sent letters announcing the casting call to more than 70 disability advocacy organizations, many of which work with people with disabilities who have an interest in the performing arts. Although not all of the 12 main characters are specified in the script as having disabilities, they will consider actors with disabilities for all of the roles. “I think that’s a really important part of the commitment to
inclusion,” Tate said.