For Carillon Restaurant chef Josh Watkins, it’s been a lifetime of cooking 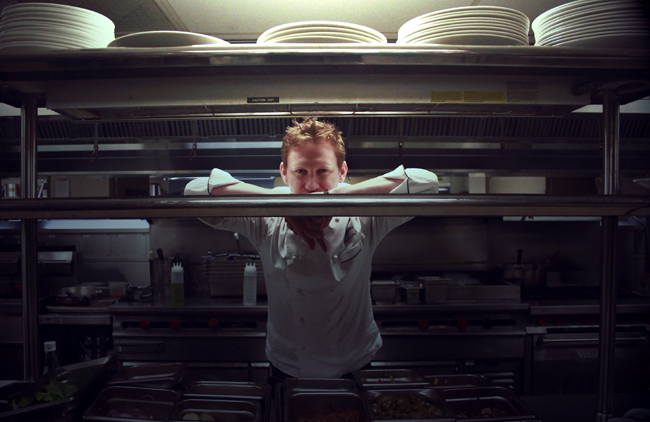 Josh Watkins is the Executive Chef at The Carillon Restaurant found at the AT&T Center on University Avenue. Watkins focuses on New American Cuisine and prides himself on trying every new ingredient he comes across.

Nearly 20 years later he still vividly remembers changing the plating of a dessert at Macaroni Grill. It was right then, now 34-year-old executive chef Josh Watkins, decided that without creativity he did not want to be a chef.

“The general manager came by and said ‘You can’t do that, corporate specifics are this, here’s the picture,’” Watkins said. “I said, ‘You know what, I’m done. Here’s my two weeks notice.’”

“I didn’t go to Stanford. I should have gone to Stanford, but instead I went to culinary school,” Watkins said.

Watkins graduated from Westlake High School early and opted to work for various chain restaurants to ensure that cooking was for him.

At the age of 19, Watkins enrolled in the California Culinary Academy in San Francisco. He was quickly told the facts: he would work every holiday, long hours and for little pay. 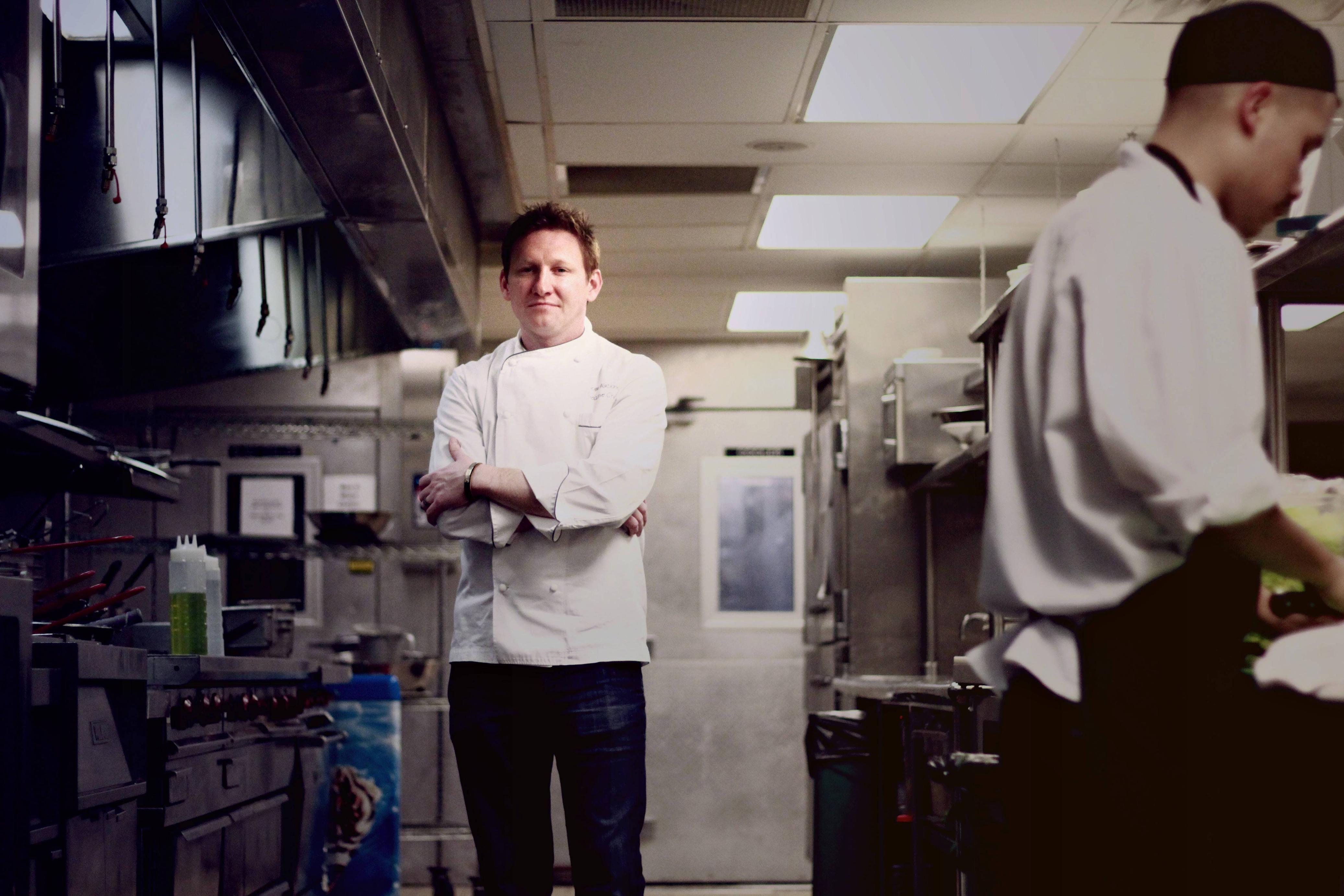 Watkins in his kitchen at the AT&T Center. He believes that the pursuit of perfection in cooking is essential to running a successful restaurant. (Photo Credit: Andrea Macias-Jimenez | Daily Texan Staff)

“It was before it was cool to be a chef,” Watkins said. “Big corporations sunk their teeth into these culinary schools and sold all of these kids these fake dreams. You go to culinary school and they promise that you’ll graduate as an executive chef and you’ll make X amount of dollars and so on and so forth and that’s just not the case.”

Upon graduating, Watkins worked under Chef William Koval at the French Room in the Adolphus Hotel in Dallas before returning to Austin to work at the Driskill Grill. By age 23 he had already been named the Chef de Cusine and made an appearance on “Iron Chef America.” At 29, he was named executive chef of the Driskill.

But it was his passion for “New American Cuisine” that led him to open The Carillon Restaurant at the AT&T Executive Education and Conference Center, where he is today.

Born in Aspen, Watkins was raised by his single mother and grandmother, spending most of his childhood moving from state to state. With the constant movement came one stabilizing factor: a culinary-centric family environment and an early exposure to the kitchen.

The family ate out as much as possible and his mother would throw regular household ingredients at him, sparking his creativity at a young age. He teethed on artichoke leaves and was allowed control of the butter knife as early as the age of three. Despite Watkins’ love of creation, he acknowledged he had yet to attain that passion for food.

“I wasn’t really interested in making the things I was already seeing,” Watkins said. “I wanted to make things I hadn’t seen yet, that I hadn’t been surrounded by, and that I hadn’t had.”

He wasn’t allowed to have sodas, prefabricated foods or even to have boxed macaroni and cheese at home.

“I remember these things called Steak-umms growing up, having them at a friend’s house, and going home and being like why can’t we have these,” Watkins said. “It was righteously explained to me that it’s this thin crappy processed piece of meat and you don’t want to eat that stuff.”

The women in his life made a point to not allow genetically modified food in the home or anything with manipulated hormones. Watkins said he has always been able to tell a difference when food is grown naturally, and for that reason, emphasizes local, sustainable ingredients.

“It just makes everything not as good as it could be,” Watkins said. “You’re doing an injustice to the ingredients themselves, you’re not presenting it to your customer, to your guest, to yourself, to your family as best as that food and ingredient can be.”

Over the past 10 years Watkins said he has witnessed a significant progression in Austin’s food culture, finally considering it to be a premier culinary destination of the world.

His Chef de Cuisine, Chris Andrews, 34, has worked with him since their days at the Driskill. Andrews said Watkins is much calmer than he used to be and always knows how to push people, keeping them on task.

“He’s very energetic and driven,” Andrews said. “When he walks around the kitchen people know he wants everything to be the best it can be.”

Watkins believes that precision, a sense of urgency, organization, a passion for the craft and the attempt of perfection will determine a chef’s level of success.

“I’ve never had a job that wasn’t in the food business,” Watkins said. “It’s all I’ve ever done so hopefully people don’t stop eating because then I’d really be in trouble.”