Living in Austin is nice, but it ain’t cheap 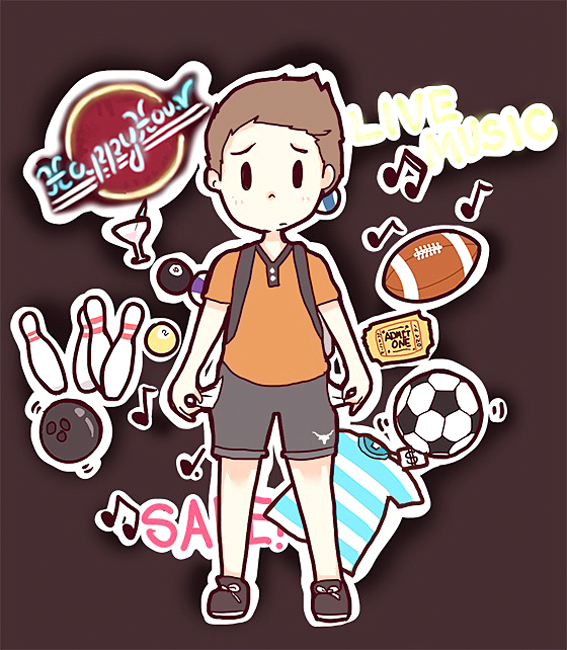 Once again, Forbes has placed Austin at the top of its annual list of the country’s biggest boomtowns. According to the business magazine, Austin is the third fastest-growing city in the nation. People are coming in droves to the stretch of urban paradise that exists between the increasingly traffic-laden stretches of Interstate 35 and MoPac Boulevard.

So how lucky are we, the students of the University of Texas at Austin, to have an excuse to live in such a popular city? We should kiss the sacred ground beneath our feet upon waking every morning and thank the college gods for sending us to live here instead of College Station or Lubbock.

It is easy to love Austin on a warm and sunny Saturday afternoon spent lying in the grass of Zilker Park. It is sometimes even easy to love Austin in the midst of rush-hour traffic on Lamar Boulevard if the weather is pleasant and the sun is reflecting romantically from the glass of the Frost Bank Tower.

However, it is not so easy to love Austin when the first of the month rolls around and serves you with a very real reminder that you do indeed live in Austin, and Austin is not a cheap place to live. You didn’t think all those lazy Saturday afternoons came free, did you? There’s a price to pay for living in Forbes’ favorite city, and it comes in the form of your uncomfortably high rent bill.

According to FindTheData.org, the cost of living index for the Austin-Round Rock area is 103, or 14 percent higher than the state average index of 90. Within Texas, Austin comes in second only to the Kendall County area, which encompasses the majority of the Texas Hill Country — trust funds and all — which has a cost of living index of 104.

Where Austin does take the cake, however, is in the housing index category. FindTheData.org ranks the Austin-Round Rock area as the most expensive region in the state in terms of housing costs with an index of 132, which is 48 percent higher than the state average of 89.

This is especially inconvenient for the thousands of college students who make up so much of Austin’s growing population. The first of the month is a dark and dismal event for the struggling inhabitants of student housing complexes across the city. I’ve heard that if you wander the streets of West Campus on the morning after rent is due, you can hear the steady stream of balance notification texts coming in to warn UT students that they, yet again, are broke.

Not only are we broke, but we are actually driving nails into the coffins of our own debt with every single rent check we write.

What’s causing this monstrous gap? Could the $14,610 gap in attendance and tuition costs be the dismal repercussions of attending school in Forbes’ number one boomtown?

If so, then we, the concerned, semipermanent residents of Austin, have a simple request for the thousands of people who flock to this city every year: Please, we beg of you, move elsewhere.

New apartment complexes seem to be born overnight in student-heavy areas such as West Campus and East Riverside, yet rent stays the same or even increases as space increases. The supply simply cannot keep up with the demand, and as someone who can see three developing complexes from my West Campus window, I can assure you the supply is high.

So here we all are, acquiring surplus amounts of debt while attending school in one of the country’s most popular cities. We can only hang on to the hope that our prestigious degrees from UT and the city’s relatively high employment rate help us one day repay the costs of living in such a wonderful place. You owe us that, Austin. We love you dearly, and the least you could do is provide us with jobs that pay enough to live within your charming city limits.