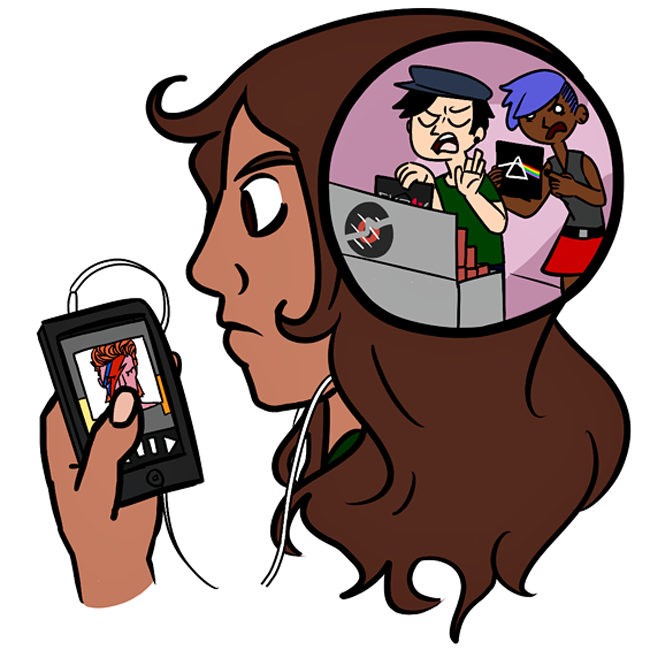 Music will probably not save the human race or bring about world peace, but according to current psychological research, it does possess certain healing powers.

From the prehistoric chanting of primitive human beings, to the technological showcase of Beyoncé’s Super Bowl performance, music has held a place in society throughout the majority of human history. It is a form of communication and entertainment, and people cannot seem to get enough of it.

According to Michael Domjan, UT professor of psychology, there are reasons behind the previously inexplicable love people have for music.

“The enjoyment of music comes from the ability to predict what’s going to happen next,” Domjan said. “Music generally has predictable patterns and how we learn to predict what happens next is something that cognitive psychologists are studying.”

Edward Pearsall, associate professor in the Butler School of Music, agrees with Domjan and said there are distinct patterns within music that are often repeated.

“Most of the music we listen to, old and new, is based on familiar chord progressions, scales and phrases,” Pearsall said.

This provides an explanation for why so many popular songs seem monotonous. The majority of music listeners crave the familiarity that comes along with being able to predict the next note or chord of a song.

“Music that we enjoy generally has structure,” Domjan said. “If sounds come at you in random pitch at random times, it’s chaotic, you don’t want to hear it.”

According to Domjan, music provides much more than simple enjoyment and entertainment. Studies show that music might have some strange healing powers.

“There’s research on music as a means of emotion control and therapy,” Domjan said. “For example, an interesting quirk is people who stutter often will not stutter if they’re singing.”

Music therapy has existed in various forms for centuries, and the past few decades have seen the arrival of music therapy clinics. The process is an alternative form of therapy, Domjan said, as concrete benefits are difficult to calculate.

However, according to Emma Lake, a clinical and administrative assistant for the Center for Music Therapy in Austin, music therapy can help treat a wide array of disorders.

“We help clients with social-emotional needs as well as clients who might have something like a neurological disease,” Lake said. “Really, there’s nobody that music therapy cannot help.”

According to the Center for Music Therapy, the therapy process is very much catered to the individual. The patients of the center are assessed according to their specific needs and objectives, and sessions can involve anything from analyzing song lyrics to taking basic music lessons on instruments like the guitar or the piano.

Lake said that in her six months working for the Center for Music Therapy, she has seen music therapy help a multitude of people.

“It helps the spirit, but it also shows so much concrete evidence of working,” Lake said.

According to Domjan, music therapy is effective, but hard evidence of the real, physical benefits of the alternative healing method is hard to find.

“Research in music therapy is not very sophisticated at this point,” Domjan said. “Often the people who administer music therapy are not scientists, they’re more humanists.”

However, this is not to say that music doesn’t have a place in the study of psychology.

“Music is an application of psychology that’s fairly new, and the relevance is tremendous,” Domjan said. “Everything about the musical experience is basically psychology.”

Domjan said music provides a framework for the study of psychology, whether it be as a simple form of entertainment or as a method of healing.

Printed on Tuesday, February 5, 2013 as: Music proves to be effective form of therapy