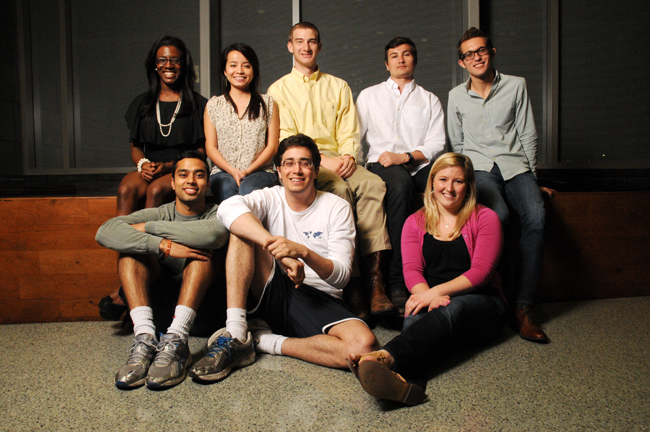 Students of the Election Supervisory Board have made changes to better prevent campaign violations. These changes include a centralized website snd all five legislative entities adopting the amended general code.

As campus elections near, the Election Supervisory Board is hoping for a cleaner campaign season.

The board, which runs and oversees elections for the Student Government, Graduate Student Assembly, Texas Student Media, the University Co-operative Society and University Unions, has made changes to better prevent campaign violations.

Truc Nguyen, finance senior and board chairwoman, said the board’s changes including a centralized website, all five legislative entities adopting the amended general code and changes in the code will lead to clarifying campaign policies as well as making for a more transparent process.

“We look forward to a clean, calm and honest election season,” Nguyen said. “After last year, campus-wide elections have been associated with scandals and lots of complicated red tape. With all the changes that we are trying to push for, I expect a fewer number of complaints as well as more cooperation from every [sic] entities and candidates that are participating this year.”

During last year’s elections, the board disqualified two of the four candidates running for Student Government president. The elections for the presidential and vice presidential executive alliance were delayed for two weeks after one of the disqualified alliances filed a lawsuit against the University.

“We do not go out looking for infractions on the common code during election season but only hear complaints from other candidates,” Lutz said. “This year, we want to be much more proactive before campaigning starts to really answer questions and work through issues so that there are less of them during the actual time that the candidates can be penalized for the problems.”

“In the past, the strict language of the code allowed no room for interpretation and that was why many disqualifications happened last year,” Nyugen said.

The revised code now states that the organization serves an educational purpose and detailed an increased campaign budget for executive alliances from $900 to $1,000, to adjust for inflation since the amount was set in 2008. The code also clearly defines the limits of candidate association. Last year, the board disqualified one of the Student Government executive alliances for associating with a candidate running in the University Unions election.

“This year we are explicitly stating what association means, meaning that one candidate cannot campaign for another,” Ragsdale said. “They can still grab lunch together or get coffee. Being seen together doesn’t mean you’re associating.”

Published on February 6, 2013 as "Election board revises practices".