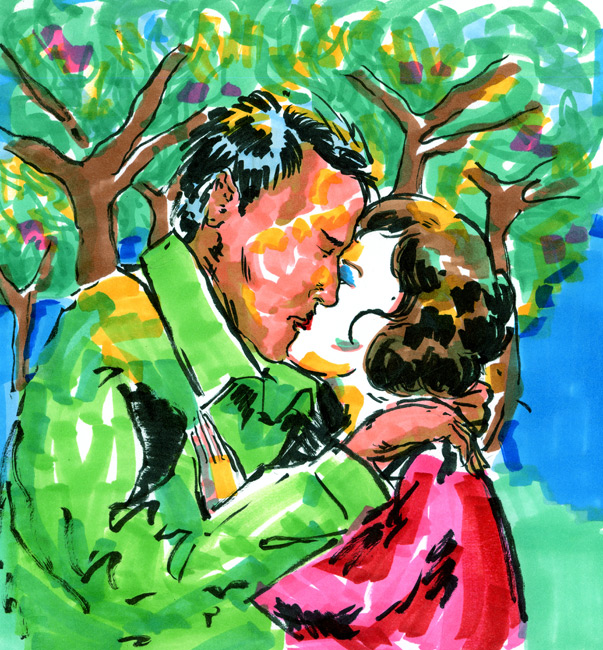 Thinking about having sex with one of your exes? You’re not alone. A new study found the cycle of getting back together with an ex and having sex with exes are both common behaviors among young adults.

A study in the Journal of Adolescent Research collected responses from 792 young adults, ages 17 to 24-years-old from different schools. The researchers found more than one quarter of participants reported having had sex with an ex, with similar percentages for both males and females.

The researchers found 53 percent of those who choose to recommit to an ex-partner chose to have sex with that partner when they were in a relationship. Similarly, 87 percent of participants who reported having had sex with their ex also say they have broken up and gotten back together with this partner. Taken together, 48 percent of all participants experienced some form of relationship “churning,” which researchers defined as behavior of having sex with an ex or getting back together with them.

Researchers highlighted how these relationship patterns can form into habits. Calling the pattern of breaking up and getting back together “reconciliations,” the researchers wrote that “emerging adults who reconcile may be prone to a behavior pattern that involves cycling through relationship formation and dissolution.”

Think about that friend you have that calls you to vent to you about how awful his or her partner is and how this time it’s really the end — when you know they’ll be back together in less than 24 hours.

The study also points out these behaviors can be unhealthy mentally as relationship boundaries and intentions are often not well communicated. Spontaneous sex with an ex can always be fun, but if you don’t let your ex know you have no intentions of getting back together, he will be mad when he sees you out the next day kissing John from the coffee shop.

And do yourself a favor and delete your exes from your Facebook, even if you do plan to call them every now and then for the occasional afternoon delight. In September 2012, psychologist Tara C. Marshall of Brunel University in England found those who stay Facebook friends with an ex tend to stay emotionally hung up on the relationship.

“In spite of the need for further research, the take-home message from the present study is that keeping tabs on an ex-partner through Facebook is associated with poorer emotional recovery and personal growth following a breakup,” Marshall wrote in the journal “Cyberpsychology, Behavior, and Social Networking.”

When it comes to seducing your exes, assuming one of you has a penis, remember that condoms are your friends: Previous research suggests condom use is high at the beginning of relationships and drops as time goes by as partners begin to feel they can trust each other. Researchers say individuals who have sex with exes are therefore less likely to use protection because of a sense of previously established trust, which is alarming from a sexual health perspective.

And as with everything in life, especially sex, you must learn to be effective at communicating what you want. So instead of asking an ex to “watch a movie” at your place in the wee hours of the morning, be honest about your intentions. One cannot assume that a text that says, “let’s get Whataburger” means “I want to have sex with you,” so please give up the clever code words. We’re adults here. And no — I don’t want to go to breakfast with you.