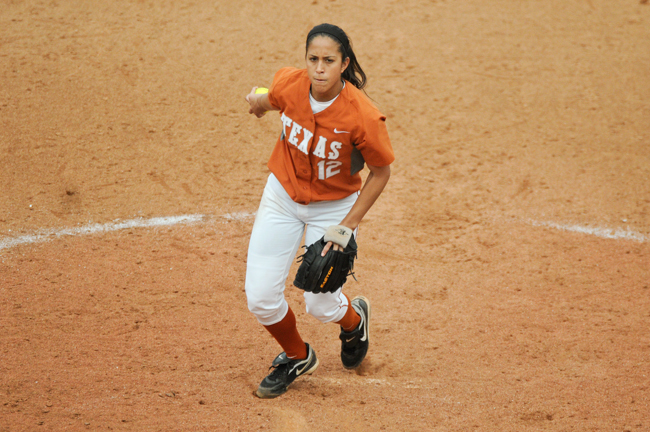 Strong season starts aren’t anything new for Texas. The 2011 and 2012 Longhorn opens both recorded 10-0, with last weekend’s 5-0 start well on its way to follow suit. The Stephen F. Austin rivalry also features an 11-3 Texas lead — but the lead is marred by the teams’ most recent matchup, when SFA trumped Texas 1-0 in a bases loaded first-inning walk April 13, 2011. The then-No. 3 Longhorns forfeited an 18-game winning streak to the East Texas force.

“As a team, it is disappointing anytime you lose,” ace pitcher Blaire Luna said after the game. “We are all aware that we need to start stronger but every team is going to play up when they play against us. We have to give credit to SFA — they played well collectively, their pitcher did a great job and it worked out in their favor.”

The Longhorns look to avenge the loss at 4:30 p.m. Wednesday at the Red & Charline McCombs Field, returning from a three-day hiatus after capturing the Texas Classic tournament title. The strong weekend moved them up to No. 6 on both the espn.com/USA Softball and the USA Today/NFCA Coaches polls. Defensively, Texas boasts a .956 season fielding percentage to complement three shutouts and only 16 total hits allowed. The Longhorn offense has outscored opponents 32-5 with a .331 batting average, .537 slugging percentage and 13 steals. They have scored 16 two-out runs with three or more runs in a single inning each game.

“When you get five or six runs in an inning, that’s just momentum you are gaining and taking away from the other team,” shortstop Taylor Thom said.

Luna joins Kim Bruins, Gabby Smith and Holly Kern for strong options in the circle. Newcomers Stephanie Ceo and Erin Shireman made big starts, Ceo with a .667 batting average and Shireman a two-run home run in her first collegiate at bat. Battling fatigue, performance began to slip Sunday but the Longhorns finished strong.

“Learning how to grind it out is important,” head coach Connie Clark said post-tournament. “[The championship] looked like the fourth day of a tournament. That’s about building up stamina and it’s something we have to work through. What I told them is to push each other. That’s something they need to do and that will be important for us moving into the season.”