Local blogger making waves in the journalism and film worlds 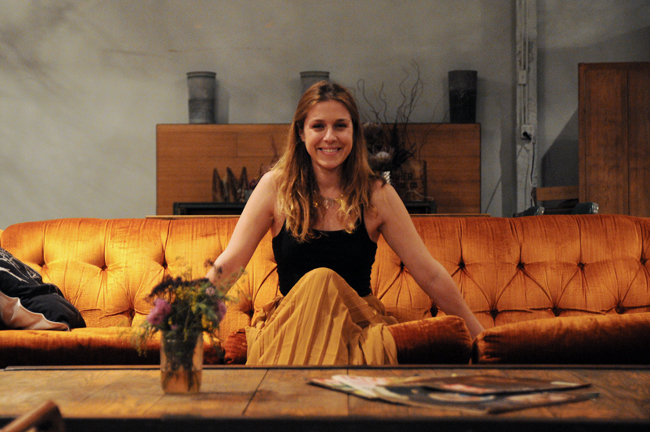 Blogger Lauren Modery held a Blogging 101 class last Wednesday evening at the Vuka Co-op where she offered advice on how to create a successful blog. Modery resides in Austin and blogs about music, film, and culture on her blog “Hipstercrite.”

Lauren Modery documents Austin’s 20-something youth culture through her blog, Hipstercrite. Along with writing about varied themes such as music, film and pop culture, Modery also boasts talent as a screenwriter.

Her latest effort is a film she co-produced and co-wrote called “Loves Her Gun.” The film has recently been accepted into the South By Southwest film festival and will be premiering in the Narrative Spotlight this March.

Somewhat based off a true story, the film delves into youth and gun culture in both New York and Austin. It follows Allie Perkins, a young woman who falls victim to a random attack and quickly gets sucked into Texas’ gun culture as a way to feel safe. However, she soon realizes that the weapons she finds comfort in only lead to more problems, worse than the ones she was trying to escape from.

“‘Loves Her Gun’ is not so much about fear but about how Allie deals with her fear,” director Geoff Marslett said. “It’s about how guns change our ability to deal with fear in the modern world.”

In a large part due to her blog, Modery is now creating a name for herself in both the journalism and film worlds.

Since 2008, Modery has been blogging under the Hipstercrite moniker, which she describes as “a person who is a hipster but makes fun of hipsters.” The blog started as an outlet for Modery to release her thoughts while honing her writing skills.

Writing every day in her blog has allowed Modery to make a satisfying career from writing. Several publications have taken notice of her blog, and it has led her to numerous work opportunities, including writing for The Guardian, Google and xoJane, as well as a weekly column featured on CultureMap called “Hipstercrite Says.”

Little did she know Hipstercrite would get so popular, with thousands of visits to her site daily, and close to 12,000 followers on her social media sites. As it continues to grow with popularity, Modery now considers Hipstercrite her calling card.

“I think the blog gets great response because of my honesty,” Modery said. “I have a voice and I wear my heart on my sleeve. What helps you stand out is letting who you are come out.”

Perhaps another reason Modery garners notable response is due to the receptive and impressive blogging community in Austin. With Austin being named the eighth city in the nation for social networking presence by Men’s Health Magazine, these are fertile grounds for creating an online presence for oneself.

“Austin is a good city to be active online in,” Modery said. “There is a generous and large community of eyes and ears that is open to sharing.”

Kristin Sheppard, a blogger for Mad Betty and a follower of Modery’s, agrees.

“The blogging community in Austin is not competitive,” Sheppard said. “We promote each other, interact with each other and read each other’s blogs.”

As Hipstercrite and her writing resume keep growing, Modery is a young writer to keep up with — just ask her 12,000 followers.