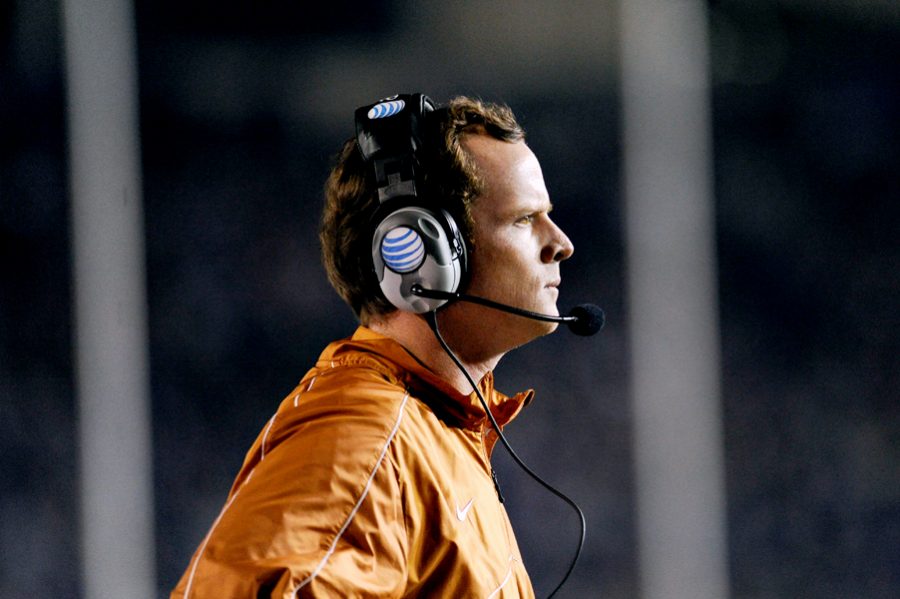 As the UT System Board of Regents conducts a review of policies concerning employee-student relationships, UT uses two separate policies to deal with such incidents, with overlapping disclosure procedures and a range of consequences.

The policies came into play recently when two separate incidents involving UT coaches surfaced. In January, Bev Kearney, former women’s track and field head coach, resigned after she was told the University was prepared to fire her for having a relationship with a former student-athlete in her program about 10 years ago. Last month, an open records request by The Daily Texan revealed football co-offensive coordinator Major Applewhite had an incident with an unnamed student in 2009, which was described by DeLoss Dodds, men’s head athletic director, as “inappropriate, consensual behavior.” As punishment, Applewhite did not receive a raise that year and had to schedule an initial appointment with a counselor, but was not fired and received a promotion two years later.

The University currently has separate but overlapping policies for consensual relationships and sexual misconduct. Kearney and Applewhite’s incidents appear to have been dealt with under the consensual relationships policy, though Katherine Antwi Green, assistant vice president for the Office of Institutional Equity, which sponsors both policies, said her office does not speak to individual cases.

According to the University Policy Office, sexual misconduct is defined as “behavior or conduct of a sexual nature that is unprofessional and/or inappropriate for the educational and working environment.” One of the behaviors of sexual misconduct outlined by the policy is a “failure to observe the appropriate boundaries of the supervisor/subordinate or faculty/student relationship, including the participation of a supervisor, teacher, advisor or coach in an unreported consensual romantic or sexual relationship with a subordinate employee or student.”

Meanwhile, a consensual relationship is defined as “a mutually acceptable, romantic and/or sexual relationship between a University employee with supervisory, teaching, evaluation or advisory authority and an employee, student and/or student employee who is directly supervised, taught, evaluated or advised by that employee.”

Green said the difference between consensual relationships and sexual misconduct usually comes down to a matter of consent.

“The key, critical difference is the element of belief that both parties consented to the relationship,” Green said.

“Speaking generally, whenever we receive allegations of inappropriate behavior, we take them seriously, investigate promptly, and determine the appropriate action on a case-by-case basis based on the information we have at the time,” UT spokesman Gary Susswein said.

The regents have the second day of their meeting on Thursday, though a discussion of the policy is not on their agenda.

Printed on Thursday, February 14, 2013 as: Discrepancies revealed in relationship policies