Lots to look forward to about Longhorns baseball, but offense has to step up 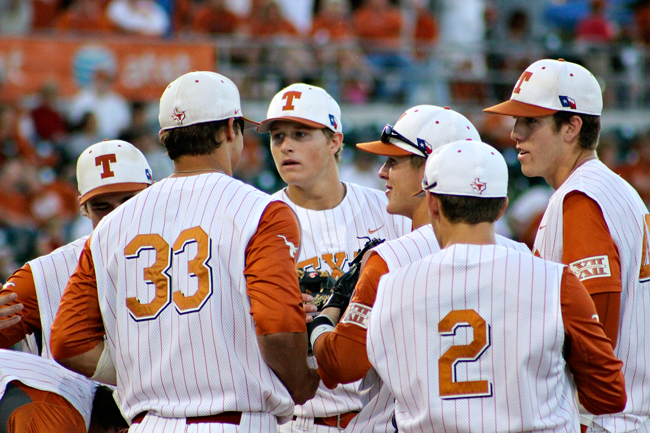 Texas hit .263 as a team last year. The last time the Longhorns posted a team batting average that low, Tommy Harmon was a college freshman.

Harmon did his part for Texas that season, hitting .307 as the team’s starting catcher in 1968, when the Longhorns hit .244 as a team. James Street, the same man who led the school’s football team to a national championship in 1969, went 9-4 with a 1.86 ERA, leading a pitching staff that carried the Longhorns to their fourth straight Southwest Conference title.

After 23 years as an assistant coach, Harmon was replaced last year by another former Longhorn, 34-year-old Tommy Nicholson. Texas opens its season with a three-game series against Sacramento State, the school Nicholson left to return to the 40 Acres.

Texas wasn’t able to overcome its offensive struggles last season, missing the NCAA Tournament for the first time since 1998. Parker French and Nathan Thornhill return to lead a Longhorns pitching staff that is good enough to get them to Omaha. But the Texas hitters have to do their part.

The Longhorns have three returning starters from last year’s infield, and yet only one of them may start — at a different position. When head coach Augie Garrido fills out his lineup card, he could have junior college transfer Madison Carter at third base, freshman C.J. Hinojosa at shortstop, junior Erich Weiss at second base and another junior college transfer, 6-foot-6 Codey McElroy, at first base.

“My idea of an RBI guy is a guy that can get a single with runners on second and third in the bottom of the ninth when you’re a run behind,” Garrido said. “He’s going to get a slider. Can he hit it? Can he hit a single up the middle? If he can, we win the game. If he can’t, we don’t win the game. That’s what Madison can do.”

Weiss, the team’s leading hitter each of the last two years, started at third base as a freshman and sophomore but will return to the position he played for three years as a high schooler in Brenham. He’ll be playing at a position that Brooks Marlow started 51 games at last year.

“Brooks Marlow is a front-line player,” Garrido said. “It isn’t against the rules to have depth. We could have used some of that in the past, but since it is in the past we can stop whining about it.”

Depth in their lineup will be something the Longhorns will need to improve from last year’s 30-22 disappointment. And to do that, Texas has to be more productive with its bats in 2013. If the Longhorns do indeed have more offensive weapons, they’ve got a chance to do some special things. If not, it could be another long year.

Published on February 15, 2013 as "UT cultivates infield depth in offseason".