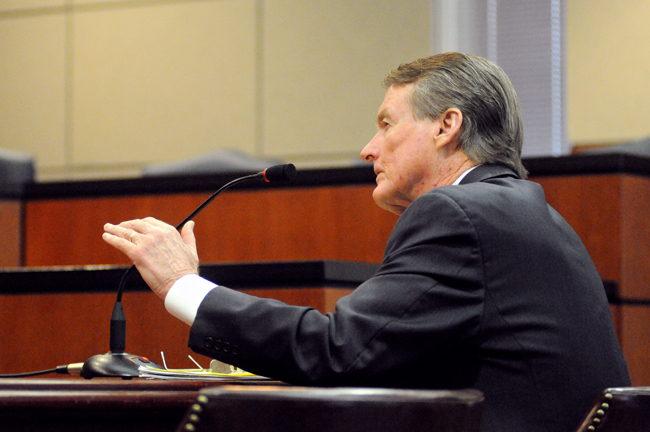 Powers told a subcommittee of the House Appropriations Committee that increasing funds to the Texas Competitive Knowledge Fund, a state fund that supports university research projects, would benefit the University more than increasing state general revenue funds allocated to UT.

Powers said it is more difficult to fund research because it does not always produce an immediate payoff, but research is important for the development of Texas’ economy.

“The research part is terribly important for the long-range health of the state,” Powers said.

Universities must spend $50 million toward research over a three-year period to become eligible for the fund, and they receive $1 from the state for every $10 they raise independently.

The Legislature, which meets every two years, allocates its funds in two-year periods, or bienniums. In the 2010-11 biennium, the fund had a pot of $126.2 million, which was reduced to $93.5 million the following biennium. The House’s current budget proposal increases the fund to $100.2 million for the upcoming biennium.

Powers said UT responded to past funding decreases from the state by cutting $46 million annually from the University’s core budget.

“We found some areas that really were worth cutting, but we cut into some bone, too,” Powers said. “But, we did it in a very thoughtful way.”

The state bases the University’s funding on the total number of credit hours students enroll in, which is called formula funding. Powers said formula funding cannot make up for past budget cuts because enrollment is not growing enough to produce a significant increase.

Published on February 18, 2013 as "Boosting research to restore funding".