Why run a marathon when you can watch a marathon? 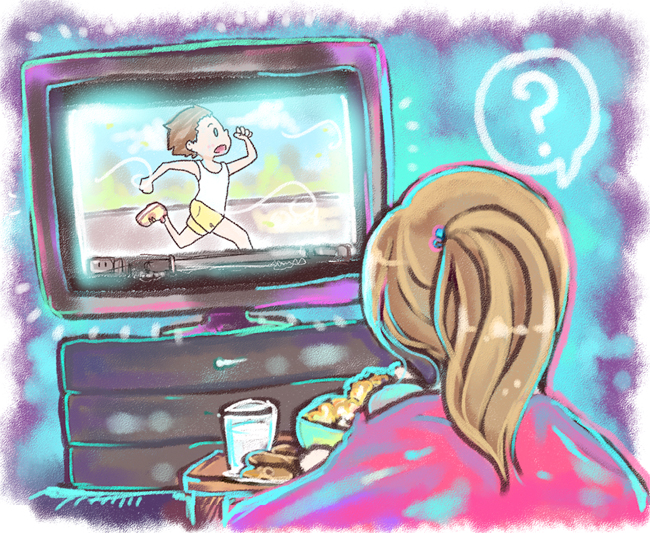 There is nothing like a horde of fit, motivated marathon runners washing over the city to make a person feel inadequate.

Every year, thousands of marathon runners crowd the closed streets of Austin to trot around in shorts that display their muscular legs. They drive around in their vehicles with their 26.2 bumper stickers. They leave their granola crumbs all over the sidewalks, and worst of all, they manage to make all of us commoners, who are not capable of running for four plus hours, feel completely inferior.

It is like the marathon is strategically timed to occur right after I’ve all but forgotten my New Year’s Resolution to finally get into shape this year. Just as soon as I’ve rationalized my decision to go ahead and order the pizza or bake the batch of cookies, in comes the army of marathoners to slap my rationale in the face.

What is even the point behind running 26.2 miles anyway? Where is the big thrill behind running for hours on end? Who do we have to blame for this monstrosity?

Apparently, the ancient Greeks came up with this one. The story goes that a courier named Phidippides ran from Marathon to Athens to announce the Greek victory over Persia in the Battle of Marathon. The distance between the two cities was 26 miles, and thus was born one of the oldest and most insane forms of athletic competition.

Most pre-race training programs begin months in advance, and a few of those hopeful trainees suffer injuries during the training process and don’t even get to compete in the race. There are also those who do manage to complete the intense training process and head out to the course on race day in their new running spandex only to hit the infamous runner’s wall midway through the race.

Of course there are plenty of people who do actually complete the training and finish the race. To these people, I ask a simple question: Why?

Why the months of early Saturday morning runs? Why the evenings spent with your legs in a tub of ice water? Why the hundreds of dollars spent on running shoes and horribly unflattering running clothes?

Is all of this really for an oval-shaped sticker you can put on the back of your car, to make the rest of us feel inadequate in your mighty presence?

Speaking as someone who has no intention of ever running a marathon, I do not understand the logic behind this madness. I understand that it’s all for a good cause, but can’t I just raise $500 to sit around and watch Netflix all day?

When there’s a bumper sticker for 26.2 hours of Netflix watched, I’ll be the first to stick it on the back of my car.