An improved STRFKR, and others 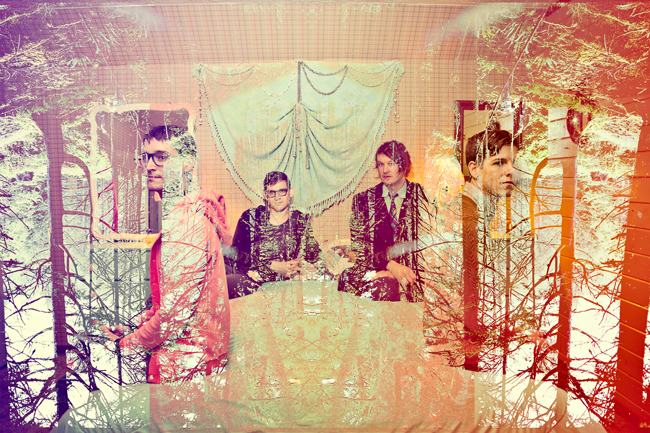 Portland band Starfucker, or STRFKR, has a reputation for producing electronic dance hits and live shows as provocative as their name. 2011’s Reptilians hooked music critics and, with Miracle Mile, the band seductively reels them in.

Beginning with “While I’m Alive,” the album opens as expected — with a catchy and nasally vocal melody and an easygoing synth progression. Then, about two minutes into the song, you realize that STRFKR is not just another happy-go-lucky electropop band, but the innovators of its genre. The descending bridge collapses before rebuilding a funky, easily accessible bass groove. The minimalist guitar work introduced on “While I’m Alive” defines the best parts of the album, which is STRFKR’s ability to craft ridiculously catchy hooks out of only three or four notes.

“Isea” is a 50 second vibe-chiller comprised of a delicate, nylon string acoustic riff. Lead vocalist Joshua Hodges momentarily breaks from the prevailing themes of hedonism and sings, “We spoke of summer, fall back together/Said it will be better to stay indoors all day,” before the band seamlessly transitions into “YAYAYA,” a reversion to the ubiquitous feel-goodery. The juxtaposition of the hinting of nostalgia in “Isea” and the proceeding nonsensical “YAYAYA” makes Miracle Mile STRFKR’s most lyrically experimental album to date, showing its development as a band and increasing comfort to attempt things other than make a crowd dance.

Miracle Mile sees STRFKR build off its ability to craft catchy dance melodies like “Rawnald Gregory Erickson the Second,” and develop them into full-fledged songs, often featuring better-written lyrics and equally catchy bridges. Where some of its previous material was so electronic it verged on banality, STRFKR has concisely revised its often-formulaic synthpop into a more organic version that features distinct live instrumentation while maintaining its characteristic simplicity. By the end of Miracle Mile, STRFKR reasserts its dominance, leaving other electronic contemporaries at a distant second.

Anyone with ears can detect the recent surge of garage/surf/indie bands that’s destroyed any meaning the word “indie” ever had. New York City’s Beach Fossils were met with praise for their 2010 self-titled debut, but after three years the genre demands something new, and Clash The Truth doesn’t have it. The songs are relatively boring and might signal a stagnant band striving to compete in the saturated arena of “indie rock.”

Comprised of brothers Andrew and Daniel Aged from Los Angeles, inc. is a new R&B outfit that deserves to be recognized for its debut album No World. The music is spacious and unhurried, with staples of classic R&B, like snapping snares, sensual pianos and delicately whispered vocals. In all its intricacies and emotions, No World could easily launch inc. from no-namers to the top of modern R&B charts.

Wu-Tang Clan’s Inspectah Deck has a reputation that raps for itself, but when paired with Boston hip-hop duo 7L & Esoteric, the result is an extremely satisfying mixture of old school emceeing over 7L’s cutting edge production. True to the traditional Wu-Tang production style, Czarface is packed with movie sound clips and “Savagely Attack” features a particularly ruthless verse from fellow Wu-Tang member Ghostface Killah.