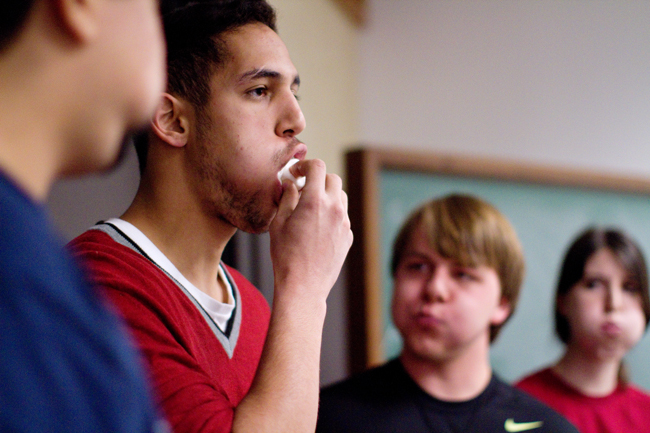 The UT engineering community is forming ties this week through a series of events and competitions, collectively called Engineers Week, which occurs annually.

“For us, this was very low cost,” Kong said. “We just had to make sure we had the room reserved.”

Council member Albert Chen, who attended Engineering Chamber Orchestra’s musical chairs event, said that while he knew many of the people at the event, he still values E-Week.

While E-Week is held annually, this year the council focused on publicizing the event through different avenues to increase participation, E-Week co-chair Baha Eren said.

“We realize that a lot of engineers don’t like to get involved in community stuff,” Eren said. “We publicized through more social media, such as Facebook, Twitter. Actually, it’s proven to be pretty successful so far.”

The council and a corporate supporter — this year, it’s BASF — pay for the larger events of E-Week, such as the banquet and the Dr. Ramshorn Competition, a co-ed pageant, according to Farzad Yousefi, the council’s vice president of finance.

For Eric Lucha, pageant contestant and electrical engineering senior, E-Week and the pageant are chances to prove himself, even if the pageant is a “silly” event.

“More than anything though, this pageant is a way of separating the best looking from the good looking,” Lucha said. “Some might say that’s shallow. I say I don’t know what that means.”

The article was updated after its original posting. BASF is the council's corporate supporter this year.