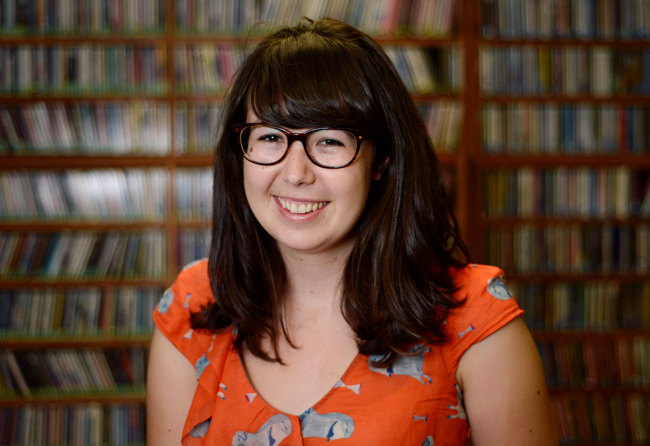 Now a day removed from the 2013 pledge drive, student radio station KVRX and its station manager, Katy Aus, hope to have reached their goal of raising $18,000 in two weeks. " />

Now a day removed from the 2013 pledge drive, student radio station KVRX and its station manager, Katy Aus, hope to have reached their goal of raising $18,000 in two weeks.

“It’s a period of time dedicated to seeking support from the community and our listeners by asking for donations,” KVRX station manager Katy Aus said. “It’s essentially a fundraiser, and the most important one that we do at the station.”

Aus, a history senior, said KVRX DJs go on air during the two weeks of pledge drive in order to promote the fundraiser and talk about the importance of college radio. She said the station also campaigns through social media to keep students up to date on KVRX news.

“We got more support from businesses than from pledges,” Gaucin said. She said the amount of money garnered from business contributions was the highest it has ever been.

Aus said even though she thinks the station will likely not make as much as last year’s funds, she supports the work that the student DJs performed in promoting the pledge drive this year.

This year’s pledge drive concluded with a benefit concert, which took place last Friday at Emo’s East. Aus said the concert featured live local bands such as Salesman, Hundred Visions, The Mole People and Love Inks, the latter two of which featured former KVRX DJs. The money from the concert went directly to KVRX.

“[The money] goes into the reserve portion of our budget, which essentially means that it is there when we need it should anything go wrong with our transmitter or if we are in need of minor equipment,” Aus said. “But it is extremely vital for the security of KVRX.”

For Gaucin, the KVRX Pledge Drive enables her to continue pursuing her passion in radio.

“I think it’s really rewarding,” Gaucin said. “KVRX really is unique. There is no other radio station like this in Austin.”

Gaucin said the student DJs work for no pay, and that some arrive at the office as early as 3 a.m. in order to host talk shows.

“We’re here because we love it,” Gaucin said.