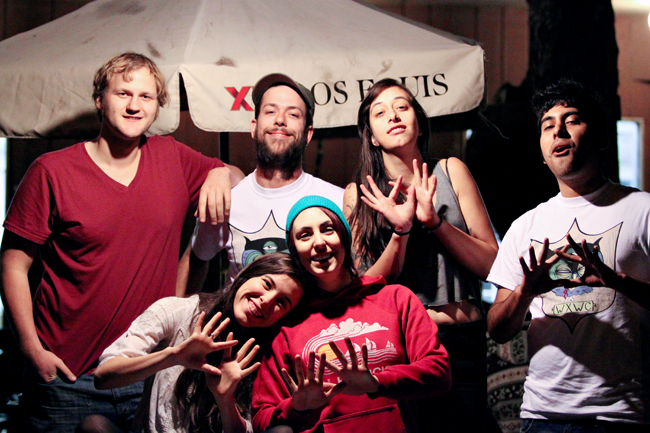 Deep in the heart of West Campus, a network of housing cooperatives lend themselves to affordable, social student living, as well as notoriously wild parties. This weekend, six of these co-ops — 21st Street, French House, Marjorie-Daw, Eden House, Seneca Falls and New Guild — will house the fourth annual West By West Campus Festival.

For the past three years, independent music festival West by West Campus has drawn crowds to multiple co-op houses in west campus to see up-and-coming local talent. The 2013 event has expanded to include an extra day with a new film festival component, as well as growing pains as WXWC continues to become more popular.

“It gets harder to organize every year because more and more people are finding out about it,” WXWC co-founder Tessa Hunt said. “The space can’t get bigger, and if we moved it it wouldn’t be the same. That’s sort of the magic of it, it happens here on this block where all these awesome, insane houses are.”

Hunt said WXWC has grown massively since its debut in 2010, what she called “the Goldilocks year” of the festival, when planning was easy and the budget was smaller.

“Back then we didn’t have the structure that we have now,” co-founder Rob Camp said. “We now have a system of volunteers with uniforms. We’ve had to figure out how to organize the volunteers and figure out their roles. It’s gone from a three-week preparation, to this year where it took about four months.”

Waldo Wittenmyer, who also helped create the festival, agreed that organization is a key factor as the event grows each year. Planning the event has become more and more detailed, requiring equipment rentals, portable toilets and permits.

“The thing is having enough organization to justify doing this, and having the city be OK with what we’re doing,” Wittenmyer said. “There’s no way they would just let us do this if we aren’t going to be really organized about what we’re doing.”

This year, WXWC will debut a new film festival along with the music portion. Film screenings are set to take place Friday at the Seneca Falls Co-op. The idea was to give student filmmakers an opportunity to showcase their work in a relaxed setting, without having to pay fees associated with larger film festivals.

“Speaking as an RTF major, we put all this time and money into making films that nobody, besides your professors and your mom, will ever get to see,” film coordinator Sarah Kolb said. “It’s a shame, because so much goes into it. And even if it’s really good, festival entries are so expensive and that doesn’t fit into a college student’s budget. So I figured, what better way to celebrate really talented film students? It’s completely free submissions, absolutely nothing to lose.”

Despite all of the planning, there remains an element of uncertainty before the event for those in charge, as so many factors go into the success of WXWC.

“This is the scariest thing I’ve done in my entire life, I’m not gonna lie,” Hunt said. “It’s really exciting too, but some idiot could fall off of a balcony or someone could somehow get hurt and there are just so many things that could potentially go wrong. We spent a lot of time biting our nails. And we’re still pretty much a DIY, ‘damn the man, crash the party’ sort of project, but you can only take that so far before it’s not fun.”

Kolb agreed, likening it to a childhood holiday.

“It’s like that feeling right before Christmas, when you’re so anxious and you can’t eat and can’t sleep, and it’s all you can think about,” she said. “Then you wake up that next morning and it’s the most exciting, relieving thing ever.”