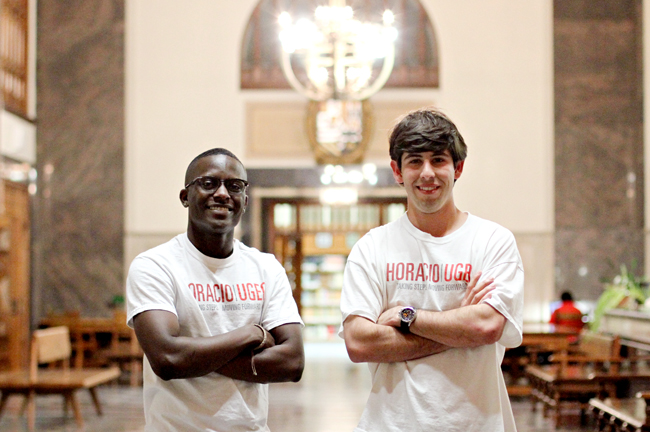 Villarreal, a history senior, and Williams, a sociology and education senior, won 53 percent of the vote.

Villarreal said he hopes to deliver on their platform points including providing upper division tutoring in the Sanger Learning Center, providing incoming and transfer students with upperclassmen mentors and improving safety for students living off campus by introducing more police call boxes.

“Ugeo and I have ideas that we want to change the campus with,” Villarreal said. “The people that are going to be working with us are just as hardworking as we are, and we’re going to try to uphold the reputation of Student Government to get stuff done on campus and make life a lot better.”

Williams said the alliance also hopes to connect with members of the student body that have not always been represented in Student Government and voice the concerns of as many students as possible, including graduate students.

“I’m so overwhelmed and inspired that people believed in our mission and what we stand for,” Williams said.

Williams said he and Villarreal have reached out to the other executive alliances and hope to work together to accomplish their platform initiatives.

“They were talking about making this culture different and engaging students, and that is what were trying to do as well,” Williams said. “There is no type of bad blood between us. We all had a platform point and if we can take those ideas that they had and let them keep their names on them, because even if it wasn’t our idea we feel that students do want them to happen.”

Ali Raza, government senior and one of eight newly elected University-wide representatives, said his campaign to better represent minority groups on campus will fit well with the new executive alliance.

“I’m really passionate about serving students and want to represent everyone on campus,” Raza said. “In the past Student Government has really hasn’t been there for people. Representatives tend to push forward their own agenda [and] their own self-interests within communities that are already visible.”

Elections started Wednesday morning and went until 5 p.m. Thursday. A total of 7,623 students voted for the president and vice president candidates, which is about a 14.9 percent student turnout. Last year only 4,483 student voted.

Dean of Students Soncia Reagins-Lilly said she was glad the candidates took the election code seriously and treated each other respectfully throughout the campaign period.

“I could not be more excited about an election period that was clean and ended with so much jubilation,” Reagins-Lilly said. “I’m excited to be working with these student leaders and have the opportunity to be a part of the evolution of their platform and how they operationalize that platform.”