The Evolution of Justin Timberlake 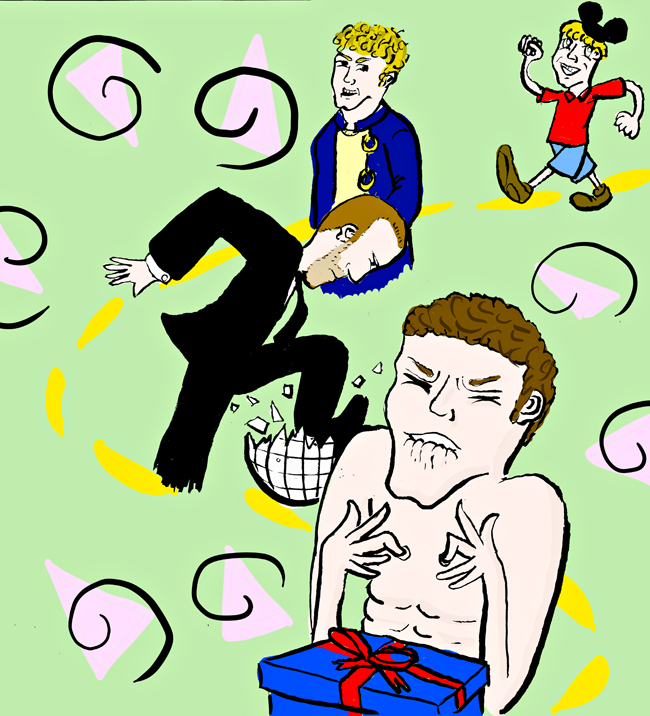 No matter how much he tries, Justin Timberlake will never be a bad boy.

But he sure gave it his best try at the final Myspace Secret Show during South By Southwest on Saturday. Timberlake’s show featured two versions of himself: boy-next-door Justin, and sex symbol Timberlake.

The Mickey Mouse Club gave Timberlake a wholesome start to the entertainment industry, but unlike some of his fellow mousketeers, he has maintained a relatively good-guy persona. While Christina Aguilera became X-tina and performed her “Dirrty” music video in a bikini, Timberlake frosted his tips and joined a boy band.

As the ramen-haired frontman of *NSYNC, Timberlake’s career skyrocketed. No Strings Attached, when released in 2000, became the fastest-selling album of all time, and — of course — he had America’s sweetheart on his denim-suited arm.

His relationship with Britney Spears in the early 2000’s was caked in reassurances that they were not having sex and that they were good kids. When they broke up, Spears released the horrible In the Zone and then, well, ended up with Kevin Federline. Timberlake, meanwhile, released “Cry Me A River,” where he sort of seeks revenge, but mostly pouts.

Sure, there was that Superbowl halftime fiasco in 2004 where Timberlake played a key role in revealing Janet Jackson’s breast to most of America. This is one of the only real claims Justin has to bad boy fame, but he denied having any prior knowledge of the event. In fact, while Jackson’s new album tanked, Timberlake was awarded two Grammys for his release of Justified. He issued an on-stage apology for his bad behavior, and won all of our mothers’ approval back.

Since then, his solo career has done well, and our boy from Tennessee has held his own among the nation’s biggest popstars. Even when he took a six-year hiatus from music after bringing sexy back with FutureSex/LoveSounds in 2006, Timberlake remained on the stage of American popular culture with his “Saturday Night Live” appearances and movie roles in “Friends With Benefits” and “Model Behavior.”

For Timberlake, the scandal is always under wraps. He hasn’t been caught driving with his child on his lap like Spears, and he hasn’t come out of the closet like fellow *NSYNC member Lance Bass. Yet, at Saturday’s show, Timberlake tried to seduce us with typical bad boy behaviors.

As it is in his “SNL” skits with Andy Samberg, Timberlake’s bad-boy antics are always in jest. After referencing the drugs that he was presumably on at his Myspace show, Timberlake went on to say “I’m just … serious,” with a wink back into the crowd.

We could claim that Timberlake is just transitioning with the release of his new album The 20/20 Experience, and he really did have that option. After six years, Timberlake could have produced any album he wanted. He could have stretched into hip-hop, jazz or even river-dancing. But he didn’t. The 20/20 Experience falls in easily with all of his previous work. He played songs from every album at the show on Saturday, and while he rapped in the middle of “Cry Me A River,” the transitions were seamless.

At midnight, Timberlake stood backlit at the microphone. “Is it St. Patty’s Day yet?” he purred. The crowd cheered, and Timberlake appeared blazer removed in a black tuxedo t-shirt holding a pint of dark beer that he promptly downed in one gulp.

Soon after the guzzling, Timberlake sang “That Girl,” which is the seventh song on the 20/20 Experience. In it he sings, “Pretty lady, you’ll always be my baby, baby, baby// It’s so amazing, how you became my baby, baby, baby.” If that isn't a boy-next-door line, I don't know what is.

At the end, when the stage went black except for a single spotlight and Timberlake whispered into the microphone “I’m motherfuckin’ bringin’ sexy back,” it was his wedding ring that cast a massive reflection back into the crowd.