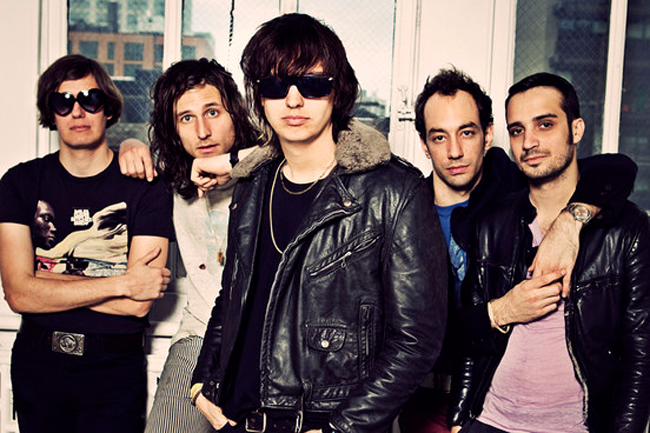 Modern rock and roll bands owe a lot to The Strokes whether they know it or not. The band’s groundbreaking 2001 debut Is This It was a key piece in the indie rock revival period that we’re unfortunately still experiencing, but none of their successive albums have achieved the same amount of acclaim. After 2011’s lukewarm Angles, 2013  sees The Strokes striving to return to form with their fifth studio release Comedown Machine. While the album includes some of the band’s best work yet, it feels rushed and contrived overall.

“Gotta get my hands on something new,” vocalist Julian Casablancas sings in “Tap Out,” which is probably one of the best Strokes songs to date. The chord melody is refreshing, the transitions are seamless, the guitar solo fits perfectly and, most importantly, it serves as a perfect introduction to an otherwise formless album. The lyrics on “Tap Out” reflect an overarching theme — the anticlimactic nature of being in the spotlight and living up to expectations, issues The Strokes have had to deal with since
their beginning.

The semi-title track “80’s Comedown Machine” reflects a continuation of the band’s uncommitted flirtation with new age instrumentation like on “Two Kinds Of Happiness” from Angles. Echoing violins and a slow tempo provide a sentimental soundscape for Casablancas’ ode to The Strokes’ former style: “I tried to believe in it for a second try/It’s there in the safe, why don’t you close the blinds.”

Casablancas’ trademark nonchalant vocals remain the most consistently compelling aspect of the band, and listeners everywhere should thank him for his insatiability. On “Slow Animals” he could have switched out of his falsetto, but he didn’t. On closing track “Call It Fate, Call It Karma”  he wasn’t subtle in preempting his critics by singing “Don’t you go and remind me/I don’t know a thing.”

The funky opener is the strongest song on the album, which usually isn’t a good sign. The following tracks are a somewhat haphazard concoction of conflicting styles with few redeeming qualities. There is an unmistakable bitterness ingrained in the album aimed at critics who want a return to older material. Is This It was a rare music phenomenon where every song had an instant replay value, but the front-loaded Comedown Machine can be a letdown.