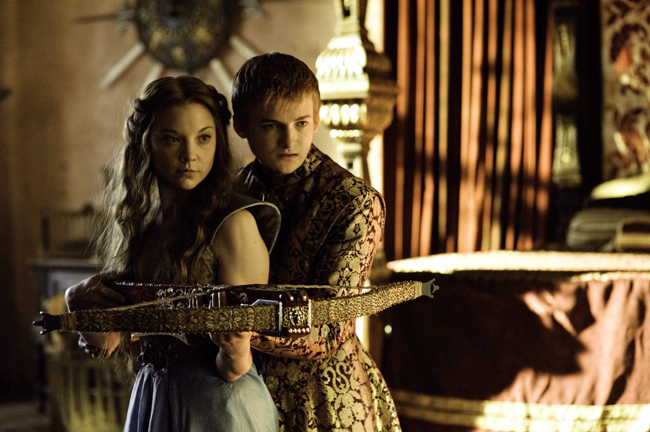 As our government continues to fight a War on Drugs, HBO has quietly figured out the science of the televised equivalent of crack cocaine, and it’s called it “Game of Thrones.” Anyone who’s ever binged multiple episodes of the show, an adaptation of George R.R. Martin’s fantasy novels, can speak to its addictive nature, and the show’s third season, premiering Sunday, is as compulsively watchable as ever.

Last season focused on a brewing war between several self-proclaimed Kings of Westeros, and this season deals with the aftermath of a major battle and the far-reaching effects of the royal struggle for power. Stannis Baratheon (Stephen Dillane) licks his wounds and plans his next move, Robb Stark (Richard Madden) struggles to maintain his Northern kingdom while suffering betrayals from every angle and the despicable King Joffrey (Jack Gleeson) continues his reign of terror in King’s Landing.

Those three story lines could probably drive a season of television by themselves, but “Game of Thrones” juggles a gargantuan cast of characters and a massive set of interlocking story lines, letting roughly a dozen narratives unfurl at once. Season Three also introduces a wealth of new characters, such as the savage Mance Rayder (Ciaran Hinds) and cunning Olenna Redwyne (Dame Diana Rigg), making for a season premiere that often feels overstuffed with characters moving into place for the coming season.

Even as Sunday’s premiere jumps around Westeros, it’s hard to deny that “Game of Thrones” has expanded to a stunningly massive scale, something reflected in its globe-trotting story lines. The show bounces from one exotic locale to another, and the majestic imagery in each scene never fails to impress. The icy wastelands of the North are just as gorgeous as the sprawling King’s Landing, and the show even manages to find time for Daenerys’ (Emilia Clarke’s) quickly growing dragons. There’s a real sense of a world communicated here that functions even when the cameras aren’t rolling, and it makes “Game of Thrones” an immersive experience.

In adapting “Game of Thrones” for television, producers David Benioff and D.B. Weiss have taken on a story so dense that the third book can’t possibly be condensed into a single season, but they still manage to make every character engaging. The sly Tyrion Lannister (Peter Dinklage) is an easy fan favorite, and his scenes are dependable highlights in a cluttered landscape. More surprising are the adventures of Stark knight Brienne (Gwendoline Christie) and her prisoner, Jaime Lannister (Nikolaj Coster-Waldau), an exciting buddy comedy that gives the season some of its most surprising, intense moments. Other characters occasionally disappoint, especially Theon Greyjoy (Alfie Allen), whose scenes in the opening episodes are oddly circular and disjointed. “Game of Thrones” has stacked its cast with dozens of compelling figures, each of them making their own argument for viewers to tune in next week.

Because the average episode spends less than 10 minutes with any given character, “Game of Thrones” works best when viewed in concentrated bursts, especially since every episode makes sure to end on a tantalizing cliffhanger. Even though episodes can feel distractingly scatterbrained, the show still knows how to sink its hooks in, and “Game of Thrones” returns to television with an entertaining premiere that promises a bloody, fascinating season to follow.