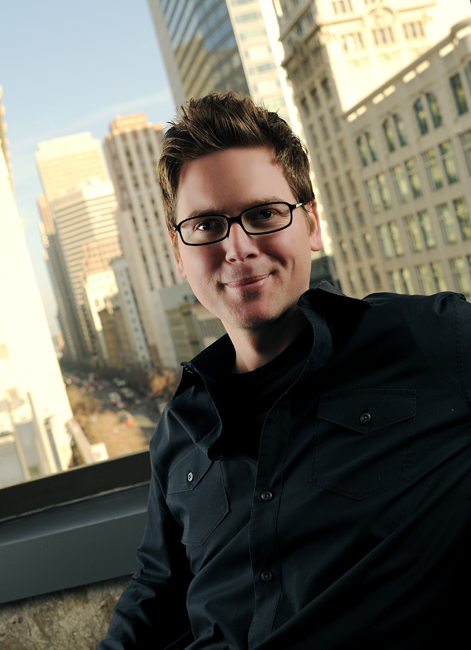 Biz Stone built his career out of creating new ways for us to interact on the internet.

Christopher Isaac “Biz” Stone is a father of social media. He helped create Blogger and Xanga.com and is most famous for co-founding Twitter.

Stone will present a talk titled “Redefining Success” as a part of the lecture series put on by the Student Endowed Centennial Lectureship and the Distinguished Speakers Committee. The Daily Texan spoke with Stone about life after Twitter, his own Twitter feed and what he sees as the next big thing.

The Daily Texan: How did you end up working in social media?

Biz Stone: When I was a little boy, I wanted to be an “inventor.” I ended up becoming an artist, then found work as a graphic artist. When I started my own studio in the late 90s, I taught myself web design to build my client base. From web design, I went to “web startup.” My first venture was a blogging community called xanga.com. Even though I was designing a large-scale system for people to express themselves and communicate, I took an artful approach because of my background as an artist and that’s where the “social” part came in for me.

DT: How often do you check your own Twitter feed?

Stone: I look at my Twitter feed a few times a day. I’d say I look more at what’s happening — what sort of news is breaking — more than my own feed these days.

DT: You told The New York Times that there is a tipping point for how many people you can follow before it becomes overwhelming, where does that line rest? How does it affect user experience?

Stone: As a society, I think we are still feeling our way through this world of social media. We’re still looking for the edges and getting our footing. I made the mistake of following so many people that, in a way, I no longer follow anyone because I can’t keep up. It’s more fun, and more realistic, to follow a dozen or so people.

DT: Do you see Twitter as a competitor to Facebook and other social media platforms, or as its own entity?

Stone: Twitter is its own entity. It isn’t a social network, and it’s not blogging. Twitter is an invention in the communications world that we didn’t know we needed until we had it.

Stone: I stepped away from day-to-day work at Twitter about a year and a half ago so now I only visit occasionally to look at new product designs, talk to the CEO, visit with friends, etc.

DT: Twitter is all about fast, quick news. Where does Twitter fit in the changing landscape of news and
journalism?

Stone: Twitter helps spread information and good ideas. Journalism and Twitter are complimentary because without deeper, thoughtful, journalistic pieces, there would not be as many important ideas spreading through a network of millions.

DT: You were named Nerd of the Year in 2009 by GQ Magazine. Who are some other “nerds” you admire?

Stone: I think “Nerd of The Year” is a bit of a backhanded compliment but I’ll take it. The people I admire are the people I know, the people I learn from and the people who inspire me. This list includes my long time collaborators and friends — Jack Dorsey, Evan Williams and Jason Goldman.

DT: The next big thing is a constant conversation topic, do you have any clues about where the next big site or idea will come from?

Stone: Mobile is the space to watch. Mobile are the most intimate witness to our lives, they are the things we cannot leave home without, they keep us all connected. The possibilities are rich for mobile services
and platforms.