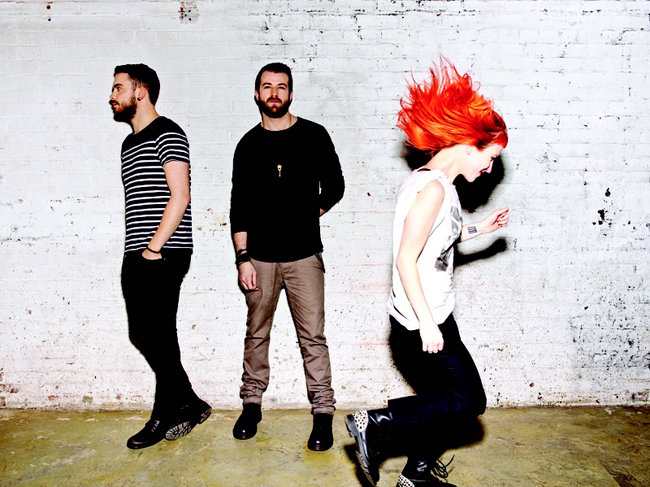 Paramore, now a three piece, has never been so good. " />

Paramore, now a three piece, has never been so good.

“There’s a time and a place to die but this ain’t it,” Paramore vocalist Hayley Williams sings in lead single “Now.” After losing founding brothers Josh and Zac Farro, who played guitar and drums, respectively, Paramore’s artistic abilities were called into question. This self-titled album serves as a stylistic reboot for the band, which has shed the majority of its commercially-appealing emo and punk influences in favor of a more pop sound. The album’s 14 songs are separated by three lo-fi ukulele interludes to describe the stages of the band’s regrouping.

The Farro brothers released a statement about how Paramore ventured too far from its Christian roots, which led to their departure. The old Paramore would never be able to produce something like this album. Much of the album’s lyrics are about coming to terms with change and growing up, like “Interlude: Moving On” where Williams sings “Let ‘em play their songs/Let ‘em say what’s right and wrong.”

In the face of a potential band breakup, Paramore could have easily reverted to the emo genre that they know best. Instead, in addition to expected punk songs like “Be Alone” and “Anklebiters,” others like “Ain’t It Fun” see the band dabble in funk rock, while “Hate To See Your Heart Break” reverts to “The Only Exception” ballad formula.

It is hard to believe this is the band that once produced the shallow girl-against-girl jealousy anthem of “Misery Business” from Riot!. Williams, as the only consistent founding member, displays notably improved vocal abilities, especially on “Proof” and “(One of Those) Crazy Girls,” and an ability to take over the commanding role of the band. Paramore will satisfy old fans with flashes of its former style and likely garner newer, pop-loving fans as well.

Traditional country music fans undoubtedly have a bone to pick with Brad Paisley’s progressive lyrics. His 10th album, Wheelhouse, sees the West Virginia singer further distance himself from the Nashville country scene by criticizing the excessively religious in “Those Crazy Christians,” and acknowledging the importance of being politically correct in “Accidental Racist (ft. LL Cool J).” The progressive lyrics and pop culture humor make Wheelhouse a much more approachable version of the modern country genre, though Paisley’s music and country twang could be alienating to some.

As soon as the ambiguous piano begins the title track, James Blake seduces the listener. The album, almost entirely self-produced, is comprised of Blake’s intriguing and soulful vocals over minimalist electronic instrumentation, resulting in a neo-singer-songwriter feel. With his second album, the English triple-threat proves his potential in production, singing and instrumentation. Having already worked with big names like Bon Iver and Feist, the music industry lies wide open for Blake’s slow version of electronic music.