Why we should care who wins the Pulitzer Prize for Fiction 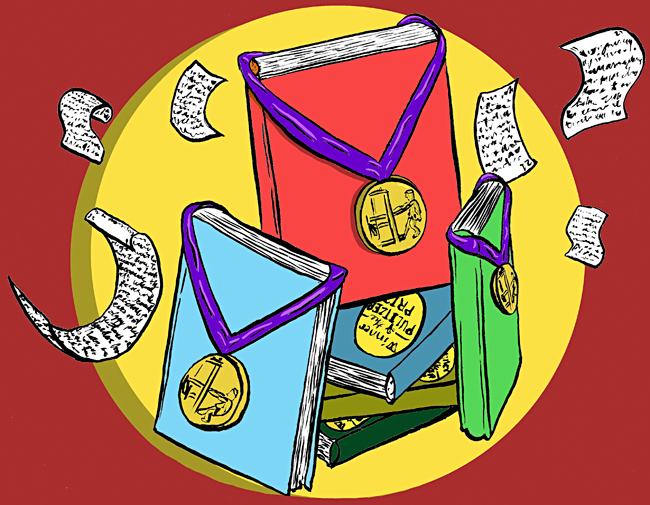 Winning the Pulitzer Prize for Fiction is the literary equivalent of winning both the Academy Award for best actress and best original screenplay. But there is no red carpet, and no over-under line in Vegas for the biggest fiction award.

On Monday afternoon, the Pulitzer Prize Board will announce the winner of the 2013 Pulitzer Prize for Fiction. “Yes, my book jacket was designed by Versace,” no one will say. The board will call a press conference, and they will post the results on their website.

Soon after, the winner’s books will be plastered with small gold stickers that every publisher knows is the key to financial success.

Or maybe, like last year, the committee just won’t award the prize.

The 2012 Pulitzer committee announced three finalists, but because no consensus could be reached on a winner, no award was given. The Pulitzer Prize for Fiction has two qualifications. First, an American author must write it. Sorry, Zadie Smith. Second, it should deal with some aspect of American life.

The first Pulitzer for the Novel, as it was called before 1947, was awarded in 1918 to Ernest Poole for “His Family.” Since then, the list award has been given to William Faulkner, Upton Sinclair, Ernest Hemingway and Toni Morrison.

This year, there are so many good contenders for the prize that The Daily Texan has reviewed books that deserve the recognition, even if they don’t get the sticker.

Dave Eggers’ “A Hologram for the King” and Louise Erdrich’s “The Round House” are reviewed in this package and are the two top contenders for this year’s prize.

“A Hologram for the King” deals with a middle-aged American salesman who moves to Saudi Arabia to try and find employment so he can pay for his daughter’s college tuition. Eggers is a critic’s darling, and his placement will probably reflect that.

Because it was awarded the National Book Award, “The Round House” is unlikely to win the Pulitzer. Only one book, “The Shipping News” by Annie Prouix, has won both prizes in the last 30 years. This is a shame because “The Round House” is not only set on Native American soil, but it deals with racial tension, women’s rights, morality and family life.

There are, however, plenty of other books that could just as easily sweep up the 2013 award.

The two books about the Iraq war, “Billy Lynn’s Halftime Walk” by Ben Fountain and “The Yellow Birds” by UT’s own Kevin Powers, will both be heavy contenders in this years competition.

Fountain’s book, though, will probably fare better. It won the National Book Critic’s Circle Award earlier this year, and will most likely outshine the lyrical work of Kevin Powers.

Since 1948, books that fall outside the classic form of the novel have been eligible to win the Pulitzer Prize for Fiction. This allows books that are collections of short stories or even visually constructed fictional accounts to be competitive.

In this category, there are only two short story collections I could see holding clout with the committee: Alice Munro’s “Dear Life,” and Junot Diaz’s “This is How You Lose Her.” While both books are beautifully written, they probably do not have the emotional heft to win in this tight race.

Munro’s book cannot be considered because she is Canadian. Diaz is an unlikely candidate because only three writers have ever won more than one Pulitzer prize: Booth Tarkington, John Updike and William Faulkner.

The second wild card is Chris Ware’s “Building Stories.” To call Ware’s work a “book” is a little misleading. “Building Stories” is composed of 14 magazines, pamphlets and broad sheets. This book will hold a chance if only because it is beautifully rendered and the themes it tackles — loneliness, frustration and disappointment — are universal.

With several major names publishing books this year there will be plenty of great books that go unnoticed. I doubt Michael Chabon’s “Telegraph Avenue,” which tackles American perceptions of race on a single street in Oakland, California, or Lauren Groff’s “Arcadia,” a story about a 1970s New York commune where things go horribly wrong, will get the attention or praise that might have in a lesser year.

But then again, as we learned last year, the Pulitzer Committee will probably do whatever it wants.

We’ve compiled a few reviews of books we think might hold their own when the Committee announces their winner and finalists on April 15 at 2 p.m.