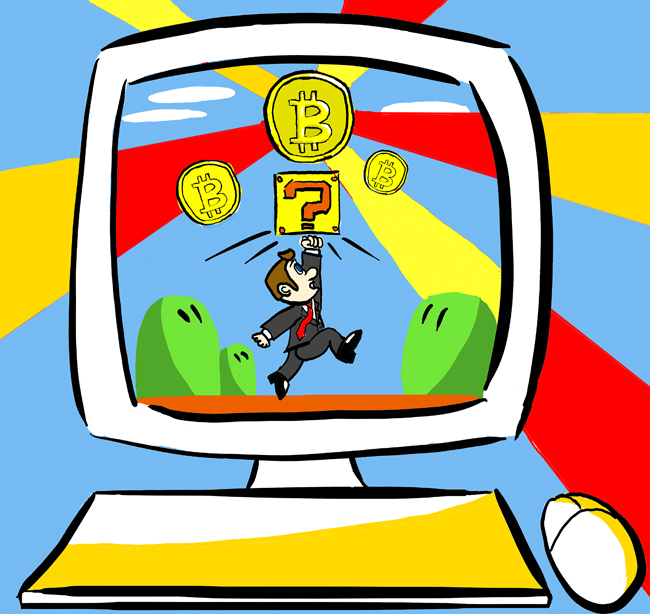 While some economists doubt the long-term persistence of the Bitcoin gold rush, the Internet’s darling anarchic currency is attracting investment from students and Austinites.

Developed in 2009 by a person or group of people under the pseudonym Satoshi Nakamoto, Bitcoins are a digital currency created by “mining” a computer algorithm with CPU computations. Bitcoins can be used and traded anonymously on peer-to-peer networks without a central authority, and have lately received a stream of media coverage.

Bitcoins are exchanged for other “real” currencies in digital marketplaces. Their prices fluctuated wildly last week between $266 and $105 per dollar as trading in the currency rose. The most popular marketplace is currently the Tokyo-based Mt. Gox exchange.

Daniel Krawisz, an electrical and computer engineering graduate student, said he invests in Bitcoins because he believes their anonymity and freedom from central influence will eventually make them the most sought-after currency in the country.

“I don’t think it’s utopian,” Krawisz said. “When people have a choice between Bitcoins and dollars, the only advantage dollars will have is that there are currently more stores that accept them.”

Krawisz said Bitcoins have been used by others to anonymously purchase illicit drugs on the Deep Web, a world-wide Internet only accessible through specific networks, but also for a number of services ranging from WordPress blog accounts to the international whistleblower organization WikiLeaks.

When MasterCard, Visa and PayPal abruptly ended their terms with WikiLeaks at different points in the last few years, Wikileaks accepted Bitcoins as a form of payment for donations.

Because Bitcoins are unregulated, libertarian bookstore Brave New Books, located on the Drag, hopes to soon start accepting Bitcoins as a form of payment and someday place a Bitcoin ATM in the store, said store owner Harlan Dietrich.

However Yanis Varoufakis, a former economic advisor to Greek Prime Minister George Papandreou currently teaching in the LBJ School of Public Affairs, said he believes Bitcoins are “technologically significant” but will eventually “fade away.”

“The people who got into the game early and bought many Bitcoins quite cheaply, they are what I call the aristocracy of Bitcoins and they are sitting on quite a stock of value,” Varoufakis said. “For the rest there are problems.”

The Bitcoin algorithm is a limited resource, modeled after gold, and only 21 million Bitcoins can ever be “mined” into the market. Varoufakis said the cap on the number of Bitcoins will eventually create a deflationary environment deterring Bitcoin use for commodities.

Currency has generally obtained wide use after it can be used for taxation, and since governments are more interested in using currencies they can control, it is unlikely Bitcoins will move beyond a store of value used in currency speculation, according to Varoufakis.

“It will likely be similar to Betamax, something that is technologically significant, died out and paved the way to other technological advances,” Varoufakis said.