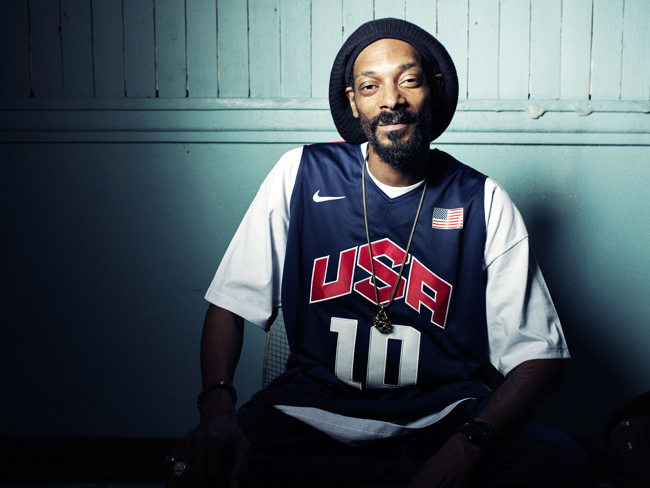 Changing his name, Calvin Broadus Jr. has denounced his former gangster ways and opted to become a reggae musician.  " />

Changing his name, Calvin Broadus Jr. has denounced his former gangster ways and opted to become a reggae musician.

The artist formerly known as Snoop Dogg begins his new album, Reincarnated, by warning listeners in an inexplicably acquired Jamaican accent of the dangers associated with the gangster lifestyle. It’s hard to imagine the old Snoop singing, “I can’t believe I’m out here killin’ my community,” on “Tired of Running.” Keep in mind this is the same artist who glorified pimping and murder for years.

To be reincarnated, as the album name suggests, one has to die first. Let’s be clear: Snoop Dogg’s career was close to death. In the last decade he turned to reality TV with “Snoop Dogg’s Father Hood,” and was banned from performing in Australia, England and Norway. He also received negative ratings on multiple consecutive albums. Following a 2012 trip to Jamaica, Snoop turned heads when he announced a name change after a spiritual awakening and conversion to Rastafarianism.

Whether the move is solely for money and attention, no one knows.

That being said, the album is surprisingly good. Executive producer Major Lazer, aka Diplo, does wonders for the reggae sound, handling production on 10 out of 12 tracks. Almost every song features a guest vocalist to add to the communal feel of the album.

Lead single “Ashtrays and Heartbreaks” centralizes the album’s purpose of commemorating Snoop’s deceased musician friends. Miley Cyrus sings the chorus, “Raise a glass to the memories and set ‘em free/and fill up all those ashtrays.” It seems the ubiquitous Jamaican accent is infectious, as Cyrus somehow acquires it as well. The song sounds a tad overproduced and Cyrus’ multitracked vocals are overwhelming. On the other hand, Snoop’s sung verses feel completely natural and genuine, providing a more emotional outlet than his gangster rap.

When Snoop Lion isn’t promoting social awareness by denouncing his former gangster lifestyle, he reverts to his old favorite lyrical subject: marijuana. Songs like “Smoke The Weed (feat. Collie Budz)” advocate the herb’s benefits in a laid-back style, coupling the state of being high with a raised environmental conscience.

Also problematic is “No Guns Allowed.” The annoyingly high-pitched chorus mitigates the song’s intended peaceful message, and by the time Drake comes in the song is already ruined. Drake’s verse sounds like he’s out of breath, proving the difficulty of rapping over a reggae beat.

After listening to Reincarnated, it’s impossible to hate Snoop Lion. Snoop trades his trademark lines like “Gs up, hoes down while you motherfuckers bounce to this,” and “Fa shizzle, my nizzle” for more socially responsible messages. Excluding his possible commodification of the Rastafarian religion, the album is meant to make you feel good and it mostly succeeds.

Michael Buble's To Be Loved

Artist: Michael Buble
Album: To Be Loved
Label: 143, Reprise
Songs to Download: “It’s a Beautiful Day,” “You Make Me Feel So Young”

Continuing his hot streak, Canadian singer Michael Buble returns after his last album, Christmas, sold 7 million copies. On To Be Loved, we see business as usual for Buble, including covers and four original songs. When a singer has nailed the cover scene so well, personal musical evolution is not necessary. Buble’s latest album delivers the sound that helped him become Canada’s biggest star.