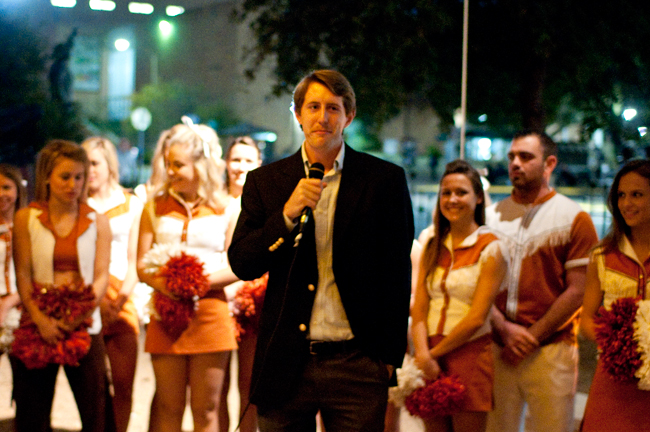 1. Though women spend most of the day telling lies, once they’ve slept with Thor, they are completely and utterly honest, having been spellbound by his naked body and his interest in their stupid purses. Even if he once vomited on them.

“Girls are lying all day long. They lie about their feelings, their weight, how much cardio they did, and what they think of their best friend's oversized purse. But at the end of the day, when I get a girl back to my place, she will tell the truth about what she wants to do when she grows up, what her family is like, what her city is like, and why she has that stupid oversized purse. That builds trust and that builds relationships. That is what you want, you don't want some story to tell your homeboys about. You want a real beautiful and complex female counterpart to trust you and think of you as their friend. That is why even though half the girls I've been with hate my guts and think I'm a sleazy asshole, they still talk to me when I call them, they still laugh at my jokes, and they still remember the brief time we shared, even if it was only thirty seconds before I barfed all over them.”

2. Much like magnets, men with “mommy issues” attract women with “daddy issues.” These women then take out said daddy issues on Thor in “mostly sexual” ways.

“They take out their pent up issues on me in a number of different ways, mostly sexual, and then when I don't text them enough they call me a pompous asshole, but at least we had a fun while it lasted.”

3. Women are special as a holistic concept, but individually, they are not worth mentioning. Especially the ones we have here in the states.

"When you start treating one girl like she is special you will lose her. Women are special as a whole, but individually they are not, except for your sisters and mom and wife. Those ones are special. But regular girls at college and the bars, they aren't special. Newsflash for everyone who is so in love with the first girl they met. I can find one hundred million girls that look just like her but speak two languages. They live in Europe and they can cook way better than your so called perfect woman."

"I'm lucky in that all I have to do is say "My name is Thor" and she usually recognizes that I was SG President, and if she doesn't one of my friends will be a good wingman and jump in and be like "Don't you know Thor? He was the president."

5. In addition to studying engineering, Thor has also dabbled in, or rather once read a Reddit post about, evolutionary science.

"Attraction is a not a choice, women don't sit around before they go out and say "hmmm well I think tonight I am going to hook up with Joe because he is smart and nice and I like his brown hair." No, in less than a second a woman is either attracted to someone or she isn't. The reason it is this way is because back in the day when we were hunting and gathering with our fellow neanderthals, women had to develop an acute sense of what type of man she met. She couldn't sit around and ponder the pros and cons of each caveman she came in contact with. She had to know in a snap instant whether this guy was going to love her and leave her or whether he was going to get her pregnant and stick around to protect and feed the tribe. We don't protect or feed the tribe like our ancestors did way back in the early days of humanity, but the evolutionary subconscious attraction switch still turns on or off just like it did when we were chasing wooly mammoth."

6. Women are important because they can get pregnant, become mothers and care for young children. Young children like Thor.

“[Women] create life, they care for the young, and you better believe that your mother is the single greatest person in your life, because she carried your lazy ass for nine months inside of her! You started out so helpless that she literally had to give you her breast milk! So, love your mother, and every other woman that will some day be a mother… When I left my house four hours ago, I had put [my mother] in a bad mood because she had to pay $400 to keep me from getting arrested because I had two outstanding speeding tickets and missed both court dates.”

7. Thor wants you to love all women — even those who don’t look like Halle Berry — but he’s not unaware of the power, and the impermanence, of “perky breasts” and a “toned ass.”

"Some day those perky breasts are going to sag below the belt line, and that toned ass is going to be all wrinkly and disgusting. At that point its not about the sexual attraction, its about the emotional attachment and waking up every day knowing that you are at least going to laugh and have a good time once more before you fall over and die."

8. Not unlike a cow’s hooves, a woman’s feet say a lot about her overall quality, especially when it comes to the quality of her “you know what.”

"The third and most important place you can look at a woman is her toes. Why? Because the toes tell all. If her feet are pretty and her nails are painted then you can assume the rest of her body is well groomed and cleaned. If she has gross feet, then chances are she has gross you know what and you will want to avoid that at all costs."

9. The best way to get drunk for cheap while downtown is to make beautiful women think you are a demi-god, and they are losers barely worthy of your glance.

"Every other frat guy out there is going to say "you are so pretty, can I buy you a drink?" he just got friend zoned because he is like everyone else, and he asked for her permission. Instead walk up to a girl and say "hey you seem like no one will be your friend, so I'll let you buy thirty seconds of my time. I'll take a whiskey coke." She is going to be so confused because you aren't needy and asking for her permission. Instead you are assuming she is going to buy you a drink because you are in fact the catch, and she is just some loser."

11. Lastly, if you hook up with Thor, be sure to not talk about how special you are. In fact, don’t talk at all. Because respecting you as an individual is the job of some “nice clingy guy” who understands that continually saying “women are the best” in a blog post laced with rampant sexism is not a get-out-of-jail-free card.

"I only text girls that I hook up with two things "DT?" or "coming over tonight?" That’s it. I don't want to know what they had for lunch or what they thought about the Justin Bieber movie, that is the nice clingy guys job to find all that out. I just want to know if she is going to spend the night, or if I need to text someone else for that.

In conclusion, women are the best. You should love them and treat them with respect. Do the opposite of what they want, unless they say no. Always do what they say when they say no!"