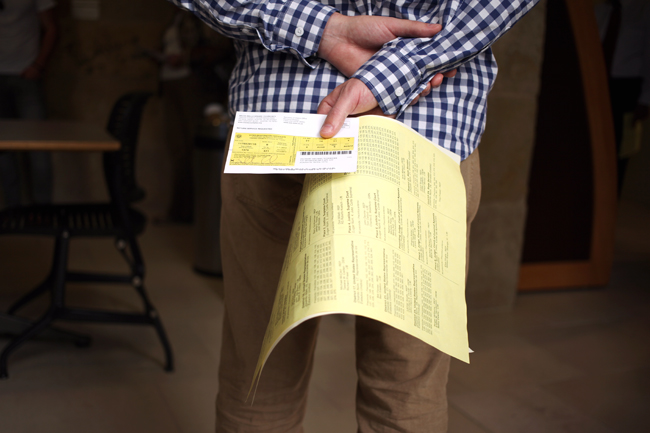 Last week, Texas’ voter ID law was put into practice for the first time when early voting began for a special election in Edinburg. The law was passed in 2011 but had been prevented from taking effect by a Department of Justice that considered it to be in violation of federal law. It was declared to be immediately in effect by Texas Attorney General Greg Abbott in June following the Supreme Court’s decision to strike down the enabling portions of the Voting Rights Act. In its previous form, the VRA required states with a history of discrimination at the polls, including Texas, to pre-clear all changes to its voting procedures with a federal court in Washington D.C. or the Department of Justice.

With the South Texas city as something of a testing ground for voter ID, politicians have been watching Edinburg closely to see whether Democrats were justified in their concern that the law would keep minorities, particularly lower-middle-class ones, away from the polls.

Based on initial reports from the border town’s ballot boxes, Republicans have concluded that the Democrats’ attacks on the law were much ado about nothing. And Republican leaders been taking to social media to spread that message far and wide.

In a series of tweets and retweets last week, Abbott trumped up the lack of reported problems at the polls as proof positive that the law was having no discriminatory effect on minority voters.

“No problems using #VoterID in Edinberg … No disenfranchisement,” the attorney general tweeted Aug. 28, followed by a link to a story in The Monitor, a McAllen newspaper.

The next day, seeking some man-on-the-ground confirmation of his overly optimistic assessment, Abbott retweeted a quote by Edinburg City Secretary Myra Ayala Garza that “We haven’t had anybody fighting us on it, no complaining.”

Despite Abbott’s triumphant tweets, we’re skeptical the early results from McAllen prove much of anything at all.

First of all, very few people are actually voting: The first day of early voting for a special election for a City Council seat saw only 399 ballots cast, greatly limiting the sample size. Not only that, but according to 2012 census data, there’s a clear positive correlation between political engagement, as measured by participation in elections, and family income, with 46.9 percent of respondents in the lowest income bracket claiming to have voted, compared to 80.2 percent in the highest. Because high-income voters tend to be better educated and have greater knowledge about the political system, they have less trouble navigating the requirements to vote.

Granted, the majority of the voters in Edinburg are Hispanic, but the minorities about whom opponents of voter ID are most concerned are not the politically engaged few who vote early and vote in special elections, but the lower-middle-class majority with shaky connections to the political process. The same census data previously mentioned shows that 63.2 percent of those in the lowest income bracket reported being registered to vote, compared to 87.1 percent in the highest income bracket.

Furthermore, the lack of complaints from voters says nothing about the moral correctness of voter ID. The fact that some voters haven’t run into any problems with the new system doesn’t mean that it’s right or fair for a requirement to be placed on citizens that disproportionately affects the disadvantaged and politically unengaged. Political ease shouldn’t be valued over political equality, and besides, the ease of voter ID hasn’t yet been proven. Politicians should wait for all the results to come in before making broad pronouncements about the success and value of this restrictive policy.