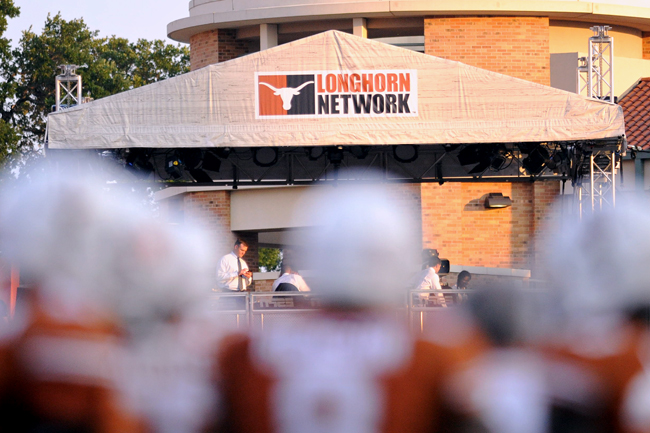 In an unexpected move Friday, Time Warner Cable added the Longhorn Network to its lineup of channels broadcasted in Texas.

The decision, announced the day before the Longhorn Network aired UT’s first football game of the season, makes the channel available to Time Warner Cable customers in Texas who subscribe to the cable provider’s standard or premium packages. Since the channel is broadcasted digitally, customers will need a digital cable box to view it.

Previously, the channel was only carried in Austin on AT&T U-verse and Grande Communications. As part of a deal with the University, Grande provides the Longhorn Network to 7,300 students living on campus, as well as on TV screens at Darrell K Royal–Texas Memorial Stadium.

“We see [the network] as a tremendous addition to our lineup,” Herrera said. “We’re excited to have been able to add it before the first game.”

Herrera said the cable provider may offer the channel to customers outside of the state in the near future.

In late August, Justin Connolly, ESPN vice president of programming for college networks, said Comcast and Time Warner Cable would not be adding the channel in the near future.

Owned and operated by ESPN, the Longhorn Network was formed in 2011 in partnership with the University. UT receives $10 million in profits from the Network each year, which is shared evenly between academics and athletics.

“This is great news for Longhorn fans. It is a product of a lot of hard work by people at UT and ESPN who have tried to make the Longhorn Network accessible to fans from day one,” Susswein said. “Longhorn Network has been doing a great job since it started, really covering UT and exploring our successes in the classroom and on the field to a larger audience.”

Before Friday, one of the only places for Time Warner Cable customers to watch the Longhorn Network was at bars and restaurants. Despite the possibility of losing customers on game days, J.V. Cook, Posse East restaurant manager, said he was happy more UT sports fans would be available to watch the channel in their own homes.

“It will affect our business a little, but as far as Longhorn fans go, I think it’s great,” Cook said.

The Longhorn Network is scheduled to air two more UT football games this season: the Ole Miss game on Sept. 14 and the Kansas game on Nov. 2. The channel also covers 19 other UT sports and 175 events in total. Besides sports events, programming includes studio shows, historical pieces and original series.