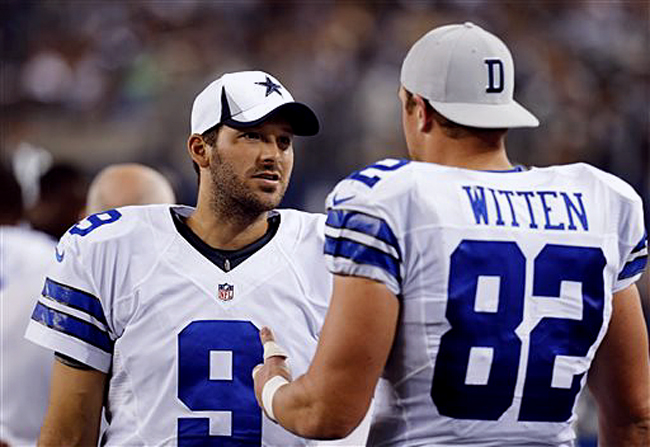 I try to defend the Cowboys as America’s team. I try to tout their five Superbowl titles, Hall of Famers and steadfast legacy. I try to rep my team and hometown like a loyal fan.

But all of this was before my lifetime, so listeners don’t find my claims very credible—or even relevant. I need something to work with. Those Super Bowl titles stopped coming before my second birthday, and even playoff appearances faded before I got my driver’s license. Then again, with one playoff win this millennium, what good did making the playoffs do for me anyway?

I think I’d lose some credibility if I said this was “our year”, though I never give up hope until I have to. But this year will be different, and the change is looking good.

We’ve retained all of our drafted players for the first time since 1994, and if that wasn’t a blast from the past enough, we hired 73-year-old Monte Kiffin to head the defense. Kiffin is likely older than three students reading this article at the same time. Take that for experience.

Working a 4-3 Tampa 2 defense, the Cowboys will attack Eli Manning on opening night with what he struggles with most: Tampa 2 has handed Manning four of his eight worst quarterback ratings.

Manning, with two Super Bowl titles, may not feel any pressure, but Tony Romo certainly does. Last season’s Week 17 loss remains fresh in fans’ minds as he signed a six-year contract extension in March. Now if it wasn’t before, the pressure is on. He’s getting older, but Cowboys legends are ageless, and that’s what Romo will have to prove to be.

Quarterbacks coach Wade Wilson has given Romo more offensive leadership than ever during training camp. Predecessor Roger Staubach reminds fans that among the 11 QBs to win a Super Bowl at 33 or older, he achieved the feat in 1978. Romo has all the inspiration he needs to move in the right direction, but without the Hall of Fame running backs that Staubach had, the task is much taller.

“When you’re young, you want to be the best, be the starter, and win a championship,” Romo said. “When you’re older, you want it for a lot of other people as well, [seeing] all the people that have put so much into it and it really matters to them—that’s where I’m at. It’s not just for me.”

Nor is it just dependent on him. Running back DeMarco Murray anticipates success with left tackle Tyron Smith and center Travis Frederick creating running lanes. And hey, how much worse can our rushing game get than last year’s ranking at 31st?

With the up-tempo Tampa 2 defense, America’s Team will rely on speed before size, seeking aggressive play while limiting big plays. Let’s just hope Dallas can create a winning record with it.

I’m predicting a 10-6 record and holding strong…I’m not crazy, right?