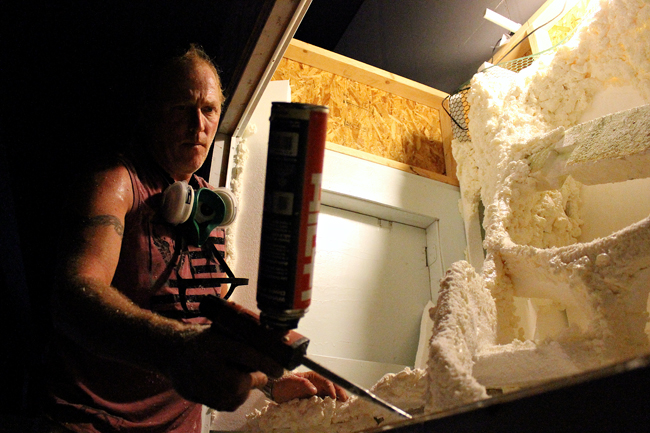 The University is no longer considering partnering with the Austin Aquarium for educational outreach purposes.

“[Ammon] was under the impression that he didn’t need [a federal permit] because he had an Idaho state permit,” Vince Covino said.

Vince Covino said the permit requirement is unrelated to animal safety concerns, and the sharks that Ammon Covino purchased are currently alive and healthy.

The Texas Advanced Computing Center was considering partnering with the aquarium, but they stopped discussing this once the center found out about the legal issues surrounding the aquarium.

“The idea was to have an outreach exhibit for the general public that would help educate about marine life through the use of high-end technology displays,” said Faith Singer-Villalobos, the center’s public relations coordinator. “[We stopped discussions] when we found out in the news about the various allegations and the guilty plea by Ammon Covino.”

Vince Covino said a former employee — who was later fired from their aquarium in Oregon for “incompetence” — told news outlets that she had a death log, saying that fish in the aquarium starved to death and ate each other.

“The things that were written on that death log didn’t happen,” Vince Covino said. “Fish don’t starve to death. If they do starve to death, there’s a different underlying cause that caused the death, not that they weren’t being fed. They may have a sickness [causing them not to eat].”

Some members of the public are skeptical of the aquarium. The brothers’ father Peter Covino said about 30 people picketed against the aquarium in late August, and one of their concerns was that the aquarium was doing work without permits.

“I pointed out to [the picketers that] the permits are on the windows,” Peter Covino said. “They’ve always been there.”

Permits required to open an aquarium include electrical, plumbing and other construction permits, Peter Covino said.

The aquarium’s tanks are usually between two and four times the size of the Association of Zoos and Aquariums’ requirements, according to Vince Covino.

“The animals are more comfortable with the bigger space,” Vince Covino said. “We can add more species if we ever wanted to, and it gives us a little more flexibility … they’re more interactive.”

The 22,000 square foot aquarium will only be open to pass-holders for the first 10 days of operation, Vince Covino said.

“It’s not one of the big ones, but it’s perhaps one of the most interactive in the country for sure,” Vince Covino said.