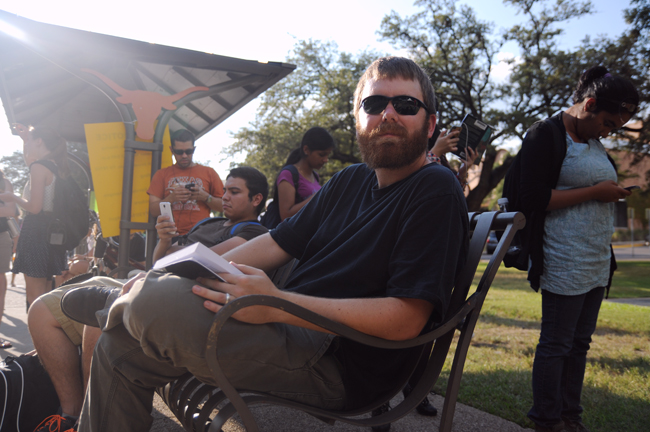 Students and employees at apartment complexes along the Cameron Road and Wickersham Lane bus routes may have to adapt to the closure of the shuttle routes near their apartments.

According to CapMetro, the transportation system uses information gathered from UT to determine how many students live on each particular shuttle route. Courtney Kinsey, manager of the Villas of La Costa apartment complex, said she thinks this information is flawed.

“They’re basing that number off of what address UT students are giving UT, and a lot of them are going to use their parents’ address,”
Kinsey said.

“That is a good concession, but I think it’s just going to hit us in the future,” Demirs said. “We’ll adapt, we’ll make it, but we just don’t think it’s fair to our residents. We’re not happy about that.”

Kinsey said if the Cameron Road bus route is canceled, it will affect how they advertise the Villas of La Costa apartments.

Biology senior April Shultz said it is likely she would move to a different apartment that is on a UT bus route.

Students who use the Wickersham Lane shuttle would still have access to the University via routes 20 and 100, said CapMetro Communications Specialist Melissa Ayala.

Shultz said she would be okay with CapMetro changing the Cameron Road route to only go as far north as Camino La Costa, and she does not blame CapMetro for proposing to cancel the two routes. According to CapMetro, the University has not increased funds for the shuttles in the past several years.

If the routes are canceled, students will have to walk farther to get to a different bus stop, and some students, including Shultz, are worried that the area is not safe.

“The St. John’s area is not really well known for being a nice, safe area like our neighborhood on the bus route is,” Shultz said.

A public hearing will be held on Sept. 16, and the CapMetro Board of Directors will consider the proposed changes at a meeting on Sept. 23.