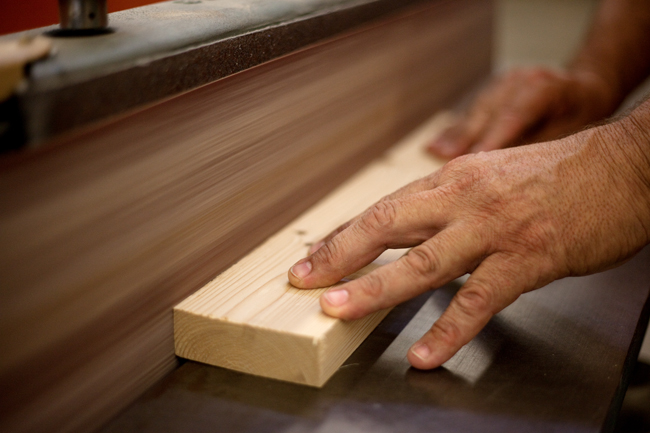 Workers who built two west campus apartment complexes claim they were mistreated while working on the projects. The workers say they were not given breaks, water or overtime pay.

Current freshmen not withstanding, UT students couldn’t have missed the new high-rise apartment complexes being built in West Campus last year. However, beneath the cranes and exposed beams of 2400 Nueces and The Callaway House, it has been alleged, construction workers suffered repeated and systemic mistreatment by their employers.

As The Daily Texan reported on Sept. 6, construction workers have filed complaints with the City of Austin alleging that the contractors overseeing the two sites denied them breaks and water throughout their day-long shifts. Austin–although not the state of Texas–requires that workers be given 10-minute breaks for every four hours of work.

In an interview with the Texan, one worker at 2400 Nueces anonymously attested that he and his fellow workers had not been given any health insurance or workers’ compensation. “We had no safety, no water, no breaks–nothing,” he said. “They just wanted to finish the job fast.” During construction, a different worker fell six stories, injuring himself and two others. All three received treatment at a hospital.

Workers have made other charges of ill-treatment at The Callaway House. Workers Defense Project, a non-profit representing Texas construction workers, has won more than $60,000 in unpaid wages from Harvey-Cleary, the site’s contractor.

These accusations are not unusual.

According to a report by faculty from UT and the University of Illinois at Chicago along with Workers Defense Project, 39 percent of surveyed Texas workers said they had been denied breaks. Fifty-nine percent said they had not been provided with water. 78 percent said they did not have health insurance. Sixty percent said they had received no safety training. 41 percent–as well as the 2400 Nueces worker who spoke to the Texan–claimed that they had previously been victims of a workplace fraud in which construction workers are misclassified as contractors.

This misclassification often prevents them from receiving overtime pay, safety equipment or health insurance, since under this classification they are legally perceived as “self-employed” and therefore responsible for their own benefits and equipment. More than half of workers reported earning poverty-level wages, and 22 percent claimed to have been denied pay entirely.

State government protections for workers are sorely lacking. However, the UT System itself employs a remarkably exhaustive vetting process when picking firms to build campus buildings.

Dave Dixon, the executive director of UT’s Office of Facilities Planning and Construction, told the Texan that the UT System requires prospective contractors for its projects to undergo a multi-step safety verification process. In consequence, the UT System typically scores higher than its peers in Occupational Safety and Health Administration safety metrics by 40-60 percent.

We would like to have that same standard of scrutiny applied to off-campus projects that are set up to serve students.

UT could have some leverage to bear on some of those projects. The land for 2400 Nueces is owned by UT and leased to EdR, the student housing company that owns and manages the complex. It’s not a great leap to imagine that lease and others like it being contingent on safe and fair building practices. Indeed, one wonders why they aren’t already.

Moreover, when choosing housing, students should be aware that their comfortable apartment may be made affordable by the hard work and unrecorded abuses of construction workers. By choosing to live in a complex that has a history of abusing workers, students may be making it harder for builders that treat workers well to survive in the market.