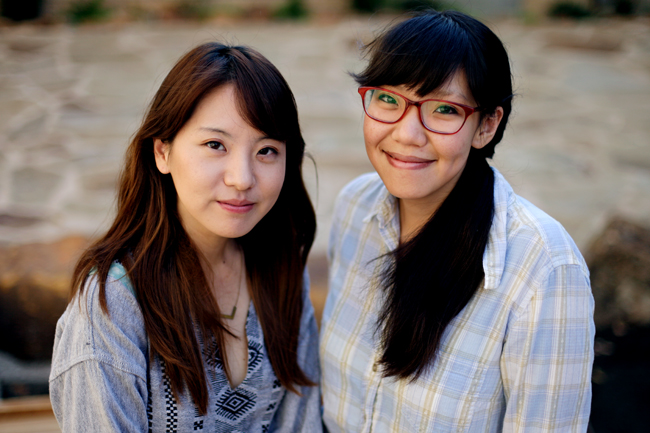 Mary Kang and Lizzie Chen, University of Texas and The Daily Texan alumnae, will have their photos displayed at the opening exhibit at the Asian American Resource Center. " />

Mary Kang and Lizzie Chen, University of Texas and The Daily Texan alumnae, will have their photos displayed at the opening exhibit at the Asian American Resource Center.

Mary Kang moved to Austin from South Korea with her family 13 years ago, but a University of Texas photojournalism class opened her eyes to the Asian-American refugee community within her own city limits.

On Saturday, the Asian American Resource Center (AARC) opens its doors and inside will hang Kang’s photographs of Nepalese and Bhutanese refugees living in Austin. Kang, a UT advertising alumna and former photographer for The Daily Texan, spent three years off-and-on with refugee families. She said the people she met inspired her to become interested in her own cultural background.

“I have a choice to retain my culture. Sometimes I’m like, ‘Well, I live in America now,’” Kang said. “It’s easy for me to forget my own traditions.”

Kang’s photos on exhibition at the AARC offer a glimpse into the lives of Asian-American refugees in Austin. Kang, an immigrant herself, understood the difficulty adjusting to a completely new country, but she notes that her family chose to move to the United States while the families she spent time with did not.

“They are scattered around and they don’t have their own country to belong to. They do everything together because they are really afraid to lose their culture,” Kang
said. “I thought the photo story could help in archiving their stories.”

Lizzie Chen, a visual storyteller for a local nonprofit, also has photos in the opening exhibit at the AARC. Chen followed one refugee family from Myanmar that spent 10 years in a Thai refugee camp to create her series “Strangers in a New Land.”

“Most people, when they do photo essays, they tend to focus on the sad part of the story,” Chen said. “But I didn’t want to only document that struggle. I wanted to capture the beauty. These people have hope. They do miss Myanmar and Thailand, but they tell me all the time they’re so much happier here.”

The theme of the opening exhibit at AARC is “Asian Texans: Untold Stories.” While both Kang and Chen’s photography showcases some of these stories, Lesley Varghese, executive director of the AARC, said they were chosen because they are young Asian-American women contributing to the greater Austin art scene.

“I think showing the diversity of interest and skills in our community is important because I think there are a lot of stereotypes about what Asian Americans do and are good at and interested in,”
Varghese said.

Varghese and board member Richard Jung hope the AARC provides a jumping off point for more young people to pursue their own creative projects.

“I was surprised we didn’t have that before, because I just think there are so many immigrants coming to America from Asia’ and there’s a lot coming to Austin as well,” Kang said. “There are a lot of stories that are not being told, so I just think it’s important to archive these stories and celebrate the cultures.”

Editor’s Note: In the interest of full disclosure, both Kang and Chen are University of Texas and The Daily Texan alumnae.