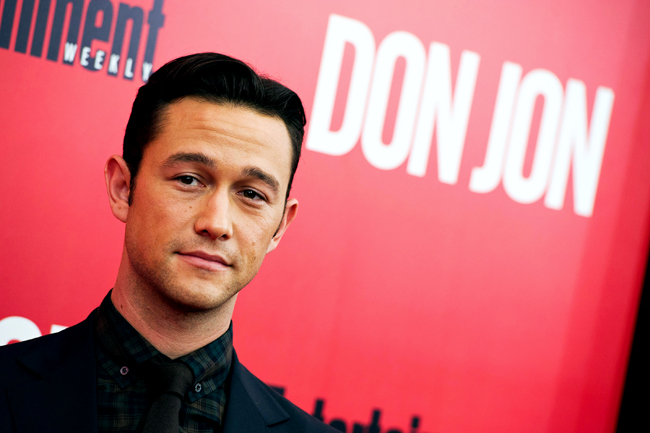 The Daily Texan participated in a roundtable interview with Gordon-Levitt during this year’s South By Southwest Film Festival.

The Daily Texan: How long has this idea to write and direct your own movie been on your mind?

Joseph Gordon-Levitt: I’ve worked with a ton of directors. I always loved being on sets, I loved watching movies as well as making them. When you’re an actor, there are certain parts of the process that you have nothing to do with, like where the camera goes or how it’s cut or music. So I was always really interested in being a part of that.

I think a real turning point though, was for my 21st birthday. I bought myself my first copy of Final Cut Pro, which is a video-editing software, and I started teaching myself how to edit. I loved it. I loved it so much I dropped out of college. I’d stay up all night making little videos, pointing the camera at myself, pointing it at a computer, cutting it into little short videos. It’s so much fun to me, and I knew that’s what I wanted to do. Ever since then especially I’ve been pretty intent on one day making a movie.

DT: And where did the idea for the film come from?

JGL: It started with me wanting to tell a story about what is always getting in the way of love, which is how we objectify each other and media contributes to that. So I thought of a story about a guy who watches too much pornography and a girl who watches too many Hollywood movies would be a really funny way at getting at those questions.

I was thinking about the guy. Who is he, and why is watching too much pornography? If he’s just watching it because he can’t find a partner, that wouldn’t really get at the theme. But if he was a ladies’ man, if he were getting with all kinds of girls all the time, but still had this habit, this always going back to the one-way perfect objectification of pornography, that would really bring it out. I thought, “who’s the classic ladies’ man?” and that’s when I thought of the literary character of Don Juan.

Then I was thinking, “How would I play Don Juan, what would be a contemporary Don Juan? What if I made it funny? And what’s that version of Don Juan?” My first thought was machismo, east coast guy with a gym body and shiny hair. It made me laugh instantly and that was it. I loved the idea.

DT: How challenging was it to write your character as likeable?

JGL: That was always a fine line I wanted to walk. My favorite protagonists are the ones aren’t just your perfect hero, who have their flaws. You like them, they’re rooting for them, but they do some shit that’s just … Why are you doing that, dude? But that’s how people are! There isn’t a human being in the world that’s perfect all the time, just like there’s not a human being in the world that’s evil all the time. Everyone’s a mixture of both, and so to me, those are the most interesting characters.

DT: I’d like to talk about Brie Larson’s character. She’s totally absorbed in technology, and she ends up being the wisest character in the movie, despite doing almost nothing the whole time. Do you think her isolation from her family is why she’s so wise?

JGL: I thought of it the other way around. Because she’s sort of over her family, I see her as someone who’s sort of grown up a bit. She’s a few steps ahead of Jon. By the end of the movie, Jon has started to break out of his shell and engage with things and try to actually talk to his parents. His parents are close-minded people, and Monica, [Larson’s] character, has already come to that conclusion. By the time our story starts, she’s like, “These people don’t listen anyway, so why should I speak?” In that final scene, for those who’ve seen it, when she finally speaks, it’s because she sees that her brother is sort of saying something, and so she engages.

Just because she doesn’t have many lines doesn’t mean she’s doing nothing, and that’s kind of one of my favorite things about that performance. Oftentimes, my favorite moments of any given performance are those moments where the actor isn’t speaking. Yeah, she gave us a really nuanced and funny and genuine performance, saying very very very little in the movie. It’s a testament to her skills. The size of your part isn’t a linear scale with the number of your lines, and she really proved that.

DT: I love the moment where you and [Johansson’s] character discuss how she doesn’t want you cleaning your own house. I want to know about the genesis of that moment because most people would say that’s a good thing.

JGL: That’s what the movie is about, is these expectations and molds that we’re pressured into filling about what a man is supposed to be and what a woman is supposed to be. Both Jon and Barbara are trapped in these molds, and she doesn’t like the fact that he’s a man and he’s not supposed to be doing housework. It’s a ridiculous notion, but that’s the old-fashioned way of thinking, and Barbara clearly feels that way.

It’s a scene that we wrote late, while we were in the middle of production. I did it because [Johansson’s] performance was so charming, I wanted to make sure that the audience wasn’t rooting for that relationship and understood how problematic the Barbara Sugarman character is. It’s an idea that [Johansson] and I came up with together, and I wrote a version of it. We sat down and rehearsed it, and rewrote it together. It’s one of my favorite scenes in the movie.