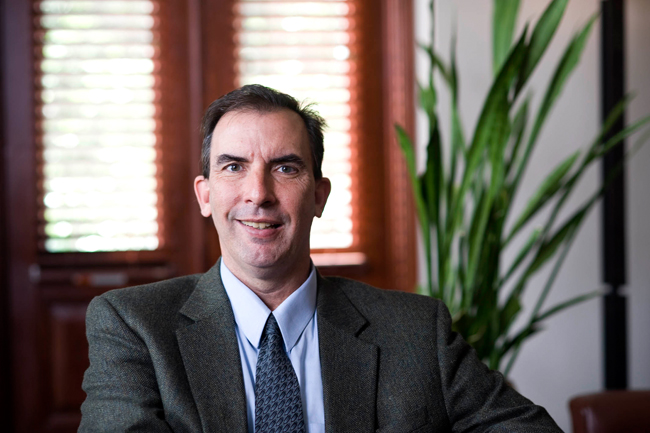 David Laude, the University’s senior vice provost for enrollment and graduation management, will step down from his position as director of the Joint Admission Medical Program Faculty in order to focus on increased responsibilities in the Provost’s office.

Laude was promoted to the vice provost position from his position as interim dean of the College of Natural Sciences in fall 2012.

The Joint Admission program is designed to guarantee economically disadvantaged Texas students admission to one of the state’s schools. The program works in partnership with nine Texas medical schools, including four health institutions in the UT System.

Laude, who has directed the program’s initiatives for seven years, said he now plans to focus on his work increasing four-year graduation rates.

“I will continue to teach general chemistry for the college, but an increase in the duties of my new position require that I resign from my position,” Laude said. “[This includes work] as the ‘champion’ of four-year graduation rates.

Sacha Kopp, associate dean for Undergraduate Education, will inherit Laude’s role as faculty director of the program. Kopp, who said he had worked with many of the program’s participants, said the new position would likely be permanent.

Under Laude, the program grew from less than 15 to close to 80 participants at the peak of the program at its peak.

Lesley Riley, director of the Health Professions Office, worked with Laude to administer the program from spring 2006 to 2013. Riley said he feels confident Kopp will continue to maintain the strong support of the program on campus.

“I am excited to see how Dr. Kopp will put his own ‘stamp’ on the program. Dr. Kopp is very dedicated to the undergraduate student experience,” Riley said. “I can’t imagine any one better suited to take on this role.”

Laude said the time he spent with the program was one of the most rewarding things he’s done as a faculty member of UT.

“It was a privilege being their advocate, and it is with a real sadness that I must move on,” Laude said.

Riley said he was unsurprised Laude is stepping down, given the new responsibilities Laude has undertaken.

“Dr. Laude was key to growing the program’s presence on our campus,” Riley said. “I will miss Dr. Laude’s passion for helping these students succeed.”