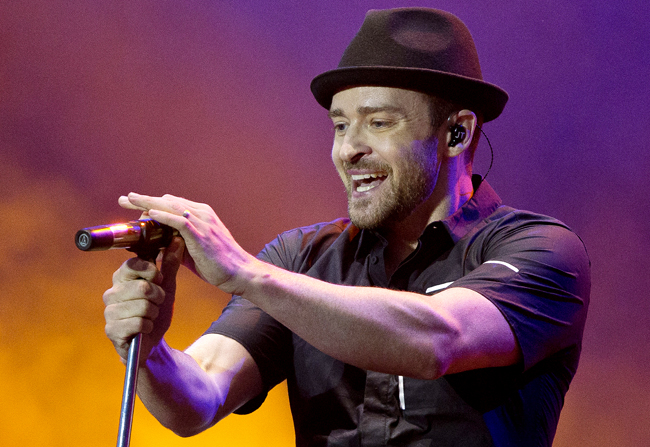 It was a welcome surprise when Justin Timberlake returned to music after seven years of inactivity with the delightfully retro The 20/20 Experience. The former Disney child star’s album was all grown-up, featuring a classy collection of 10 love songs written about his new wife Jessica Biel and some insanely smooth production from his longtime collaborator Timbaland. While it was later revealed by The Hollywood Reporter that the main factor behind Timberlake’s return to music was because Live Nation paid him $20 million to tour and was getting ready to ask for it back if he didn’t put out new music, at the time the album seemed like a welcome return to the spotlight.

Now it’s six months later and Timberlake has followed up with 11 more songs, a mix of unused tracks from the last album and some new tunes. Initial reports claimed the two albums were always meant to be companion pieces, but after listening, it seems fairly obvious that The 20/20 Experience — 2 of 2 is nothing more than a hyped-up collection of B-sides and throwaway tracks from a far superior record. Rather than containing the futuristic rhythm and blues sounds that drew comparisons to artists like D’Angelo and Frank Ocean, Timberlake fills 2 of 2 with cheesy, half-baked remakes of ‘70s disco songs.

From the uninteresting soul knockoff style and highly inappropriate name of the first single “Take Back the Night” to the overstuffed, strange ode to an HBO program in “True Blood,” the whole album is a disappointment. Timberlake’s attempts to make himself sound dark and edgy on tracks like “Murder” fall completely flat, and even a solid verse from Drake can’t save him from singing embarrassing lyrics like “I got you saying Jesus like we’re laying in the manger” on “Cabaret.”

The second single “TKO” features the kind of silky bouncing beats that would have fit in on part one, but much of the remainder of the album sounds like filler. When he does take risks, Timberlake does so by venturing into strange territory, like the awkward country-pop “Drink You Away,” in which he seems to try and pull off a Zac Brown Band effect, or the mostly acoustic and bland closer “Not A Bad Thing,” which sounds like a worse version of one of the slow ballads on an *NSYNC album.

Overall, 2 of 2 idly wanders all over the place lacking any real sense of cohesion. This is even more disappointing given that all three of Timberlake’s latest albums have been wildly innovative and exciting. Coupled with the reports of part one being primarily recorded for contractual reasons, it feels like part two was rushed out merely to capitalize on the success of the last album and sell a million or so copies so Timberlake can finance his next five-year break from music. Hopefully he will come back with some better ideas.