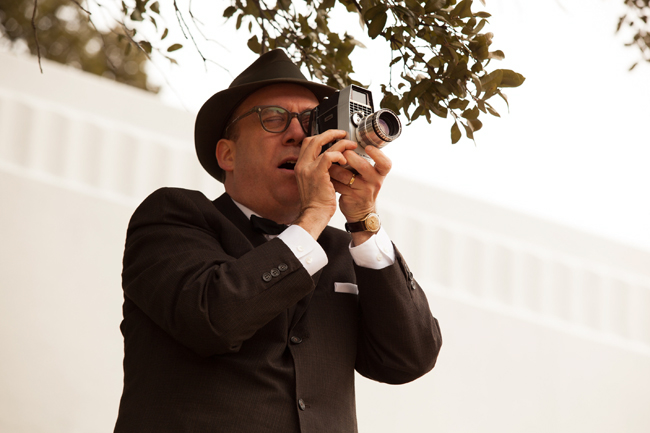 “Parkland,” the first film by director Peter Landesman, is not concerned with conspiracies.

The latest film to focus on the morning of Nov. 22, 1963 ignores the ‘mysteries’ that have spawned in the half century since the national tragedy of John F. Kennedy’s assassination. Prior examinations, most notably Oliver Stone’s 1991 thriller “JFK,” tend to involve discussions of multiple shooters and secret autopsies. “Parkland” chooses instead to chronicle the morning of the shooting and the various doctors, lawmen and citizens who were directly affected. This November marks the 50th anniversary of the assassination, and “Parkland” addresses the event not with conjecture but with an emotional tale of shock and grief.

The film is named for the hospital where Kennedy and, two days later, Lee Harvey Owsald were taken after being shot and it takes place primarily in the trauma room. Zac Efron, Colin Hanks and Marcia Gay Harden play the surgeons and head trauma nurse that tried to save Kennedy’s life when he was brought in. Paul Giamatti plays Abraham Zapruder, the woman’s clothing store owner who captured the footage of the shooting. Finally, James Badge Dale and Jacki Weaver play Robert and Marguerite Oswald, Lee Harvey Oswald’s brother and mother.

Surprisingly, the film spends a significant amount of its 93-minute runtime on Oswald’s family. Though there is not a single weak point in the sizable cast, Dale and Weaver stand out for their characters’ differing reactions to the crime. Dale is heartbreaking in his portrayal of Robert, a man trying to accept the fact that, because of Lee’s actions, the Oswalds have become the most hated family in America. Weaver is darkly comical as Marguerite, who spent the rest of her life claiming that Lee was actually a spy for the U.S. government.

The film, which partially adapted Vincent Bugliosi’s 1,600-page tome “Four Days in November,” brings to light a number of little known facts about that fateful day. Dr. Jim Carrico (Efron), the surgeon who was with the president for more than 15 minutes before the chief of surgery arrived, was only the chief resident of Parkland Memorial Hospital. Secret Service had to brawl with Texas Police to get the body onto Air Force One.

While the movie should attract plenty of history buffs for its authentic restaging of a major historical moment, the real appeal of “Parkland” is as an emotional drama. By wholeheartedly rejecting everything to do with conspiracy and mystery and focusing just on the short period of time following the shooting, the film is able to frame a portrait of raw horror and shock that captures the stunned reaction of an entire nation.

“Parkland” focuses primarily on the witnesses to the crime, but major players including Jackie Kennedy (Kat Steffens) and Oswald (Jeremy Strong) make brief appearances. Refreshingly, they are played as humans rather than the larger-than-life historical characters they’re known as today. The portrayal of Jackie as nothing more than a woman whose husband just died violently is representative of the film as a whole.

“Parkland” is not about the politics or the history of that November day. It is a character-driven drama about a horrific crime and the fallout of the immediate aftermath. “Parkland” captures the wounded spirit of a shocked nation, and the result is both a new way to view an already heavily analyzed moment in history and one of the best movies of the year so far.