How does “Homeland” move forward without Nicholas Brody? 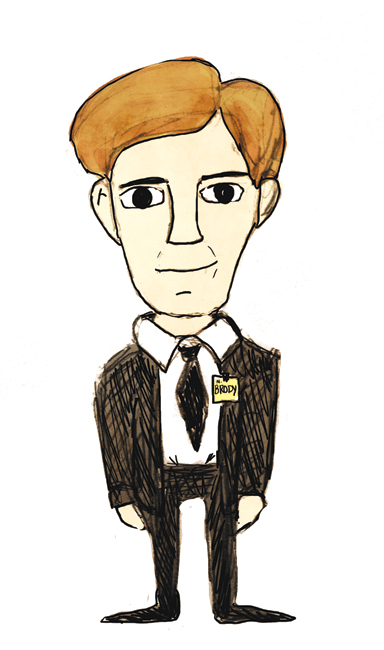 Editors note: In this weekly series, The Daily Texan takes an analytical look at key characters in major television series. Spoilers will frequently be included.

Last Sunday heralded the return of Showtime’s hit espionage drama “Homeland.” For the first two seasons, Nicholas Brody, an enigmatic prisoner of war turned al-Qaeda operative, was the volatile dynamic at the center of the series’ story. The bombshell season two finale left Brody on the run, framed for a devastating attack on the CIA. The third season picks up two months later, with his handler/lover Carrie Mathison on trial, the CIA in ruins and Brody completely AWOL.

But what’s next? Showrunners Howard Gordon and Alex Gansa have stated Abu Nazir’s former apprentice won’t make an actual appearance until later in the season. Under regular circumstances, this kind of narrative decision would be a damning move, like taking Bill Cosby out of “The Cosby Show.” The writers have done such an exquisite job of building up the spirit of this character that the show can get by simply through dropping his name. The energy of his pursed-lipped ginger angst emanates from all of the characters.

Over the past two seasons, Brody has proven to be one of the most intrinsically complicated characters ever produced on television. Marine, Muslim, patriot, family man, terrorist; Brody is all of these things. He could immediately be pegged as an antagonist, but the writers dare us to overcome our post 9/11 predispositions and actually care for him. Brody provides a middle ground, letting audiences concede and, to a thin extent, sympathize with why a terrorist feels the need to perform certain acts. His anger at the unjust death of Issa, a young boy who showed him kindness during his captivity, at the hands of the U.S. government resonates universally and shows that allegiance to country is trumped only by the power of love and love lost.

He also offers an extreme allegory for the confusing and chaotic nature of a soldier’s post-war life.  Both his family and his friends no longer seem to know him. As evidenced in season two, the only person Brody truly connects with is the most unlikely — his pursuer, CIA Agent Mathison. The duplicitous relationship between these two has always shared a strange and impossible honesty on two opposite extremes. In the wacky world of “Homeland,” the song goes, “Keep your friends close, and your enemies in your bedroom, preferably with their clothes off.”

The absence of this character in season 3 begs the question — does “Homeland” still need Brody? It has been mentioned by creators that Brody’s time on the show may be reaching an end and I hope to the flying spaghetti monster that this does not happen. “Homeland” has stretched far beyond its grounded roots in season one to become a somewhat unrealistic, but nonetheless entertaining, thriller. To take Brody away, just because, would feel a bit contrived in the sense of the show’s current thematic atmosphere.

It would also be a mammoth waste of potential, since Damian Lewis’ performance as Brody is among the best in TV’s current roster. Exhibitng a quiet sense of confusion, anger and passion that is difficult to balance, Lewis effectively makes the audience care for a terrorist. There is still much regarding Brody needing to be resolved. There’s no doubt the show’s writers will continue to create new and exciting reasons for this character to exist. “Homeland” has a feast of thrills to serve this season, and hopefully Brody remains an essential part of the main course.