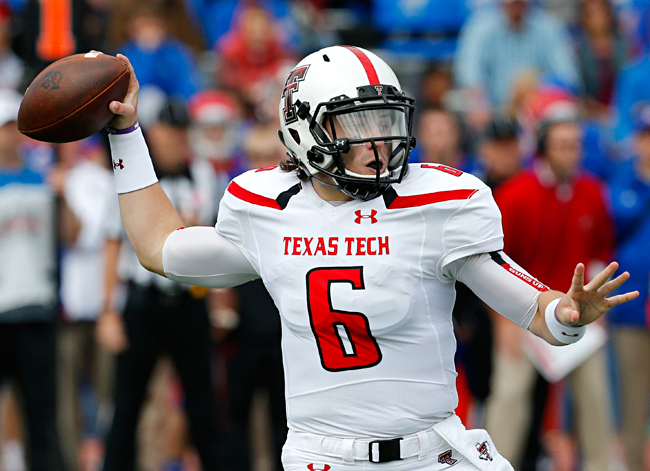 After Cyclones head coach Paul Rhoads voiced his disapproval of what he believed to be a blown call late in the fourth quarter against Texas, he has stated that the game has no effect on the team’s preparation for Texas Tech and that’s what he is focused on.

“To make a play on the 1-yard line with their backs against the wall — clear to everybody — and have it taken away from them… you don’t just put an arm around a guy and tell him it’s okay when that happens to him. I’m so proud of the effort my kids gave to win this football game,” Rhoads said after his team’s 31-30 loss to the Longhorns.

Rhoads, who was publicly reprimanded by the Big 12 for his comments, had put the issue behind him when he was asked about it this week.

“I’m sure the Big 12 office has followed a long history of protocol in cases just like this with both players and coaches,” Rhoads told reporters Monday. “I fully accept that.”

Senior defensive back Deon Broomfield was involved in a controversial cut block by Texas senior receiver Mike Davis, who was also publicly reprimanded by the Big 12 and voiced he did not hear the whistle while Broomfield said “it was a done play.”

Andre Maloney, 17, died Friday morning after suffering a stroke during a high school football game. Maloney, from Shawnee Mission West High School, had committed to Kansas over the summer. He was heading to the sideline after catching a 63-yard touchdown pass when he collapsed.

“As a dad and a loving parent, it’s just a nightmare and a true tragedy,” Kansas head coach Charlie Weis said. “When a player is either on my team or committed to my team, I believe that my responsibility is to be like a dad to them. I don’t try to be their dad, but I try to be like a dad. When it happens to anyone, anything pains me. But not like this.”

Kansas players were seen acknowledging Maloney with Gatorade towels with the hashtag #play4dre, and a player was mentioned to have written ‘R.I.P.’ on his uniform.

Texas Tech quarterback not out for season

Head coach Kliff Kingsbury said Monday that starting freshman quarterback Baker Mayfield has no structural damage in his right knee after Mayfield was injured against Kansas last week. Kingsbury is uncertain whether Mayfield will play at all against Iowa State this week.

Kingsbury, from Lake Travis High School in Austin, has passed for 1,488 yards and eight touchdowns while completing 65.7 percent of his passes this year. Fellow Lake Travis alum, sophomore Michael Brewer, was the odds-on favorite to be the Red Raiders’ starting quarterback before the season began. Brewer and Davis Webb are Klingsbury’s options behind center this weekend.

Seastrunk is making others star-struck

Baylor junior running back Lache Seastrunk leads the country in yards per carry at 11.3, after rushing for 172 yards and two touchdowns in the Bears’ 73-42 win over West Virginia. Seastrunk has rushed for 100 yards in each of Baylor’s four games this season and is backing up his statement last December when he said he was going to win the Heisman in 2013.

The Bears are averaging more than 70 points per game this year and Seastrunk is running for 147.2 yards per game, the second-most in the country. Only Boston College’s Andre Williams (153.6) has more, but he’s needed twice as many carries per game (26.6 per game to Seastrunk’s 13.3) to do so.