Renovations to geography building set for completion by January 2015 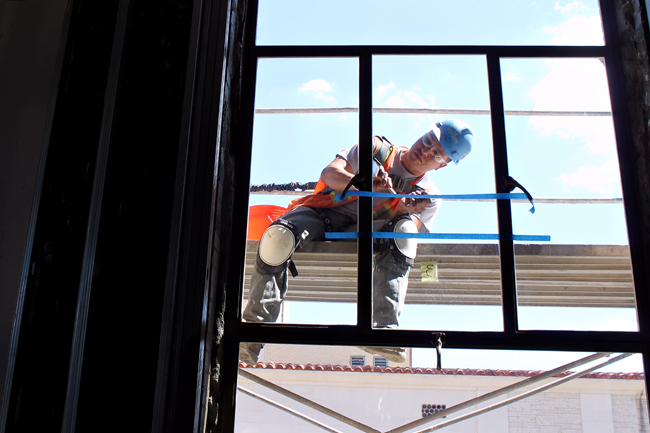 Renovations to the Geography Building are scheduled for completion by January 2015 despite wishes from liberal art centers to finish the project sooner.

The project will renovate 30,000 square feet of the existing building and will construct a new 16,000 square foot addition. Once the building is complete, multiple programs from the College of Liberal Arts will move into the space.

“Liberal Arts would like to be in earlier than January,” Halls said. “But we don’t know if we can afford it in the budget.”

Halls said the project’s budget is $14.5 million from the System’s designated funds, which was approved by the UT System Board of Regents in early September. She said the decision to finish construction early will be made in about a month, but said it could cost more because contractors would have to work longer hours to meet the revised completion date.

“Our responsibility is to make sure the building is in budget and on schedule,” Halls said.

Halls said there have been unexpected expenses during the construction process.

“It’ll be all new finishes when done,” Halls said. “And, it will look like the beautiful building that it is.”

“Having all of these different programs from the College of Liberal Arts in one building creates a sense of unity between students,” Kalvala said. “It just brings them together and creates a good opportunity for students.”

“The different centers are really excited about the new space,” Weldon said.