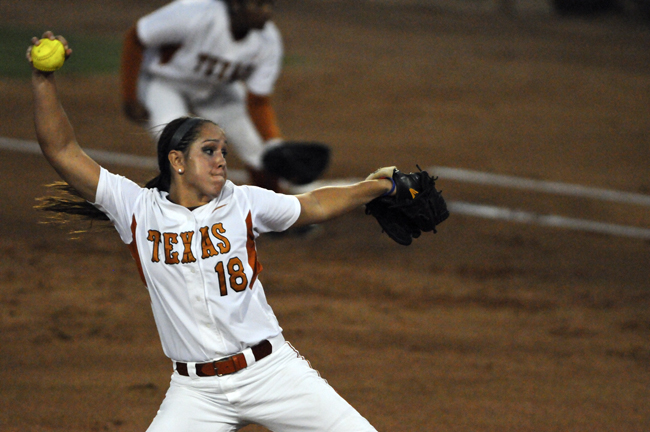 The Texas Softball team hit a snag Thursday evening in what should have been relatively smooth fall schedule.

On a night of fair weather, familiar faces and defensive miscues, the Longhorns found themselves trailing entire the game to a well-coached St. Edward’s team, where Longhorn legend and Olympic pitcher Cat Osterman is a staff member.

The Hilltoppers struck first, scoring six runs on two hits and three errors. Bunts proved troublesome for Texas, as it failed to get an out on three attempts. The team scored four runs without a ball leaving the infield.

In the wake of Blair Luna, the Longhorns are attempting to develop pitchers
before spring.

Texas freshman Devon Tunning provided a solo home run to bring the score within five in the fourth.

Sophomore Holly Kern entered the game in the seventh, throwing two scoreless innings to conclude an eventful evening that resulted in the Longhorns’ first loss this fall.