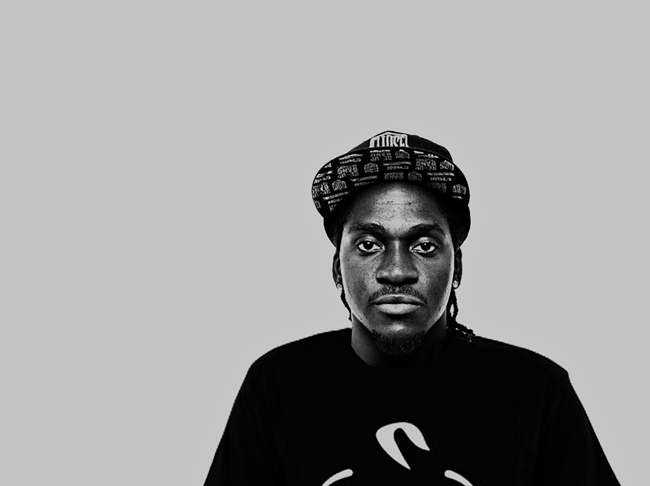 It’s wild to think that, after more than a decade in the industry, Pusha T is releasing his first official debut album. The ultra-talented rapper first partnered with Malice in the group Clipse, which released several classic albums. After Clipse and Pusha’s other group, Re-Up Gang, split up, Pusha signed to Kanye West’s label, and has been prominently featured on many singles in the past three years while also putting out mediocre mixtapes. Many who know him now aren’t familiar with his rich history as one of the most brutal rappers of the century, and only know him as that random rapper who shows up on a bunch of West’s tracks to deliver half-decent verses. My Name Is My Name will change all of that.

Pusha has a reputation for boastful, hard-hitting raps that frequently mention his former days as a drug dealer. He lives up to that throughout My Name Is My Name, delivering fiery verses that often take shots at other rappers — Drake especially. Pusha brags that he doesn’t “sing hooks” on the manic opener “King Push.” On the wonderful “Suicide,” which features slippery production by Pharrell Williams, Pusha explains that he “built mine off fed time and dope lines. You caught steam off headlines and co-signs.” What’s great about these attacks is that Pusha backs them up throughout the record.

The rapper thrives when playing the villain, and he gets the chance to rhyme over sinister and lurking beats by West and Hudson Mohawke, among others. There are plenty of guest rappers here, as Pusha outshines label mates 2 Chainz and Big Sean, pushes Rick Ross to actually try on a verse and holds his own with the equally hungry Kendrick Lamar. The only guest stars that don’t really fit in are Kelly Rowland and Chris Brown, who show up in an attempt to help Pusha craft radio-friendly tracks. Pusha loses some of his edge on those songs, and they falter in comparison to standouts like “Nosetalgia” and “Numbers On the Boards.”

My Name Is My Name is an exceptionally strong rap album that serves as a true return to form for Pusha. There are a few filler tracks, but as a whole, this is one of the better rap albums of the year — a true showcase of what a great traditional hip-hop record can sound like. Best of all, it serves a reminder of who Pusha is — not the rapper of the past three years who sounds like he was phoning it in, but the fiery hothead who made some of the best rap albums of the last 15 years. My Name Is My Name serves as another fine entry into his rich career.