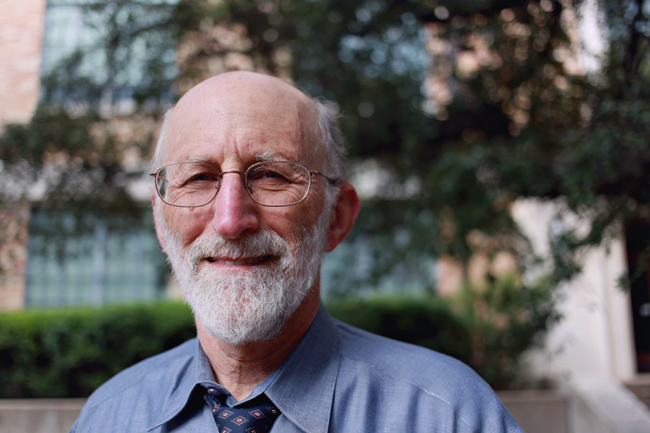 Economics professor Daniel Hamermesh co-authored a research study detailing the affects of favoritism in the workplace.  The study, published by the National Bureau of Economic Research, reveals that endophilia yields more problems with inequality than discrimination. " />

Economics professor Daniel Hamermesh co-authored a research study detailing the affects of favoritism in the workplace.  The study, published by the National Bureau of Economic Research, reveals that endophilia yields more problems with inequality than discrimination.

Favoritism, as opposed to discrimination, contributes to a greater level of inequity within a school or workplace, according to a study co-authored by economics professor Daniel Hamermesh.

The findings indicated that the groups of students matched with graders by nationality received significantly better grades than those who were unmatched.

Hamermesh said he believes there should be a system in place at UT that ensures tests on campus do not expose the names of students.

“In classes where graders can see who the students are, the chance for unfairness is much greater,” Hamermesh said. “I would argue that all tests at our university should be blind. If the majority is favored, we need to tell them they are no different than the minority, and we need to tell employers to stop favoring the majority.”

The results of the experiment indicated gender, whether matched or unmatched, did not make a difference in the grades issued to the students. Additionally, unmatched nationalities did not affect the grades of the students.

Business honors freshman Katie Stephens said she is interested in the atypical focus of the study toward favoritism.

“Favoritism does not possess the same negative social stigma as does discrimination,” Stephens said. “Therefore, it is often overlooked by those not experiencing the harmful side effects or those in a higher position with the ability to prevent it.”

The researchers said not enough study has been devoted to the outcome of favoritism as opposed to discrimination. They further proposed that the inequity displayed within the grading system of school settings will also exist in the labor market.

Human development freshman Neil Doughty said he was not aware of the effect of favoritism in a grading situation and appreciates the information put forward by the research.

“Honestly, the results [of the study] surprise me,” Doughty said. “I would have assumed the opposite. As a student, I don’t want to be evaluated on a different scale than other students, and research like this helps work to fight that issue from arising.”